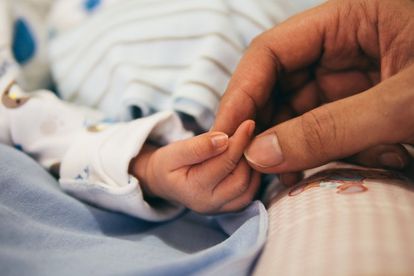 In a bone-chilling case, a man was found guilty after burning the six-week-old baby of his ex-girlfriend with dry ice and administering various other injuries by repeatedly hitting the baby with the open hand and spatula over his whole body.

THE MAN ADMITTED TO HITTING BABY WITH A FIST

Natasha Venter, Advisor at AfriForum’s Private Prosecution Unit, said the man, Gerhard Viljoen, also admitted that, on another occasion, he had hit the baby with his fist when he wanted to hit the baby’s mother. The latter had been kneeling over her baby at that time.

“Viljoen pleaded guilty and made a plea agreement with the State. The J88 of the baby contains a list of 12 injuries. Viljoen admitted that he burned the baby by holding him against the dry ice in his refrigerator,” Venter said.

WHAT IS THE SENTENCE OF THE MAN?

She said he was sentenced to 10 years imprisonment, of which two years are suspended for five years after he was found guilty of assault with the intent to do grievous bodily harm.

Viljoen appeared in the North Gauteng High Court in Pretoria on Tuesday.

The baby was merely six weeks old in October 2020 when the crime was committed.

MOTHER ADMITTED SHE PUT BABY IN DEEP FREEZE IF HE CRIES

Venter said the National Prosecuting Authority (NPA) is currently considering charges against the baby’s biological mother because she allegedly admitted to a kindergarten teacher that she had put her baby in a deep freeze if he cried too much.

“The biological mother of the victim has not been accused yet, because she is currently still a minor.,” Venter added.

CASES AGAINST WOMEN AND CHILDREN SHOULD BE PRIORITISED

While the Private Prosecution Unit welcomed the sentences against Viljoen, she said that cases of violence against women and children ought to be prioritised.

“We also want to congratulate the prosecutor with the successful prosecution of Viljoen, but we remain concerned about the state of prosecution in the Brits Magistrate’s Court where this case was initially struck of the roll,” she said.

Venter explained that AfriForum’s Private Prosecution Unit announced during a media conference in July 2021 the Unit’s involvement in this case and three other cases of child abuse.

THE CASE WAS INITIALLY STRUCK OF THE ROLL

“The National Prosecuting Authority (NPA) initially, despite overwhelming evidence, withdrew the charges against the accused in the Brits Magistrate’s Court.

“After the Private Prosecution Unit made representations to the Director of Public Prosecutions (DPP) in Gauteng and indicated that they would privately prosecute Viljoen, the DPP decided to institute prosecution and transfer the case to the high court,” Venter concluded.