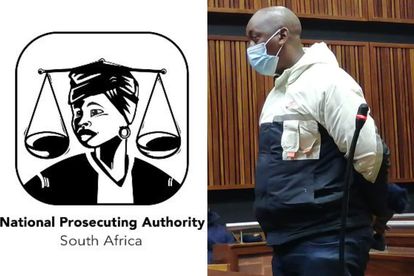 36-year-old Peter Pitso has been sentenced to 12 years for the fatal stabbing of Mathapelo Mirriam Tsotetis, his lover and a mother of two. Photo: @SpheDludla and @NPA_Prosecutes / Twitter

36-year-old Peter Pitso has been sentenced to 12 years for the fatal stabbing of Mathapelo Mirriam Tsotetis, his lover and a mother of two. Photo: @SpheDludla and @NPA_Prosecutes / Twitter

A man has been sentenced to 12 years of direct imprisonment after he murdered his girlfriend. The High Court in Pretoria was sitting at Palm Ridge when they sentenced 36-year-old Peter Pitso.

What happened to Mathapelo Mirriam Tsotetsi?

On 2 February 2021, Tsotetsi and her friend visited a tavern in Sebokeng in an attempt to look for Pitso. Pitso reportedly proceed to offer Tsotetsi alcohol but she refused. After some time, Tsotetsi left the tavern and Pitso as well as her friend were unaware of her whereabouts.

Upon her return, Pitso allegedly confronted her about her disappearance. Mahanjana said that this is when Pitso stabbed Tsotetsi multiple times in the chest.

“Tsotesti was taken to hospital by a member of the public who was also at the tavern where she later succumbed to stab wounds. The following day Pitso went back to Limpopo but returned and handed himself to the police on 17 February 2021,”

The court heard that due to the nature of the relationship shared between Pitso and Tsotetsi, she was vulnerable as she trusted her lover. The prosecution also submitted that Mzansi has a high level of violence – especially towards vulnerable groups.

Pitso pleaded guilty to the charge of murder in court. He was subsequently sentenced to 12 years behind bars. Pitso was also declared unfit to possess a firearm. In addition to his sentence, the court ordered that the accused should attend victim/offender programmes while serving his 12-year sentence.

The NPA’s Mahanjana said that Tsotetsi’s family are hurt. According to them, the deceased left behind two minor children, reports IOL.

ARRESTED! Girlfriend and child ‘KILLER’ hands himself over to police

In other GBV-related cases, it was previously reported that alleged killer, Kenneth Debeila ‘MaJozi’ from Nellmaphius, Pretoria handed himself over to the Lebowakgomo police on Monday, 14 June, after being on the run for almost three months.

Police confirmed this on Tuesday and that Debeila, 31, appeared before the Pretoria Magistrates’ Court.  In March, police launched a manhunt for Debeila after he was accused of killing his girlfriend and daughter.

Itumeleng Beverly Makhura and her daughter Tshepang were found dead at Debeila’s house in Nellmaphius in Dimakatso street. Beverly was found under the bed while Tshepang was found on top of Debeila’s bed on Sunday, 20 March. Read the full story here.