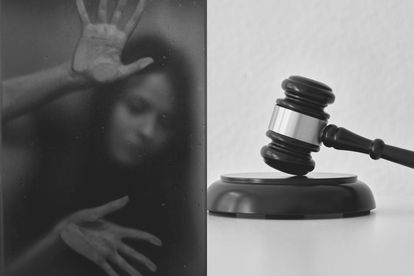 A 60-year-old man was sentenced to life for the kidnapping and repeated rape of a 17-year-old girl. Photo: Stock Image / Pixabay and The Focal Project / Flickr

A 60-year-old man was sentenced to life for the kidnapping and repeated rape of a 17-year-old girl. Photo: Stock Image / Pixabay and The Focal Project / Flickr

The Greytown Regional Court sentenced a 60-year-old man to life behind bars and 17 years imprisonment for the rape of a 17-year-old girl he forced to be his wife.

National Prosecuting Authority (NPA) spokesperson Natasha Ramkisson-Kara said in his defence, that the man raised the defence of the traditional practice of ukuthwala. The court rejected this argument.

The Department of Justice and Constitutional Development describes ukuthwala as a form of abduction that involves kidnapping a girl or young woman. This is done by a man and his friends/peers with the intention of compelling the girl or young woman’s family to endorse marriage negotiations.

“It did not involve raping or having consensual sex with the girl until marriage requirements had been concluded,”

the Department of Justice and Constitutional Development states.

“After much coercion from her family, she agreed to marry him,” said Ramkisson-Kara.

The girl reportedly changed her mind after meeting the man and realising how old he was. Her family and the man did not accept her rejection. The man then arranged with the teenager’s family for her to be taken to a rented room where he tried to rape her.

Failing to do so, he put her in his car and drove to a bushy area where he tried to rape her again – she fought him off.

She went home and told her family about what happened. Nothing was done, Ramkisson-Kara said, and pre-marital rituals continued.

The girl was then kidnapped by the man and taken to his residence in Ntembisweni. She was held captive and repeatedly raped by the 60-year-old. Ten days later, she was rescued when social workers received information about a crying girl in the accused’s home.

“With the assistance of the police, the social workers infiltrated the house and found the victim handcuffed to the metal leg of a table. She immediately reported the kidnapping and rape,” said Ramkisson-Kara.