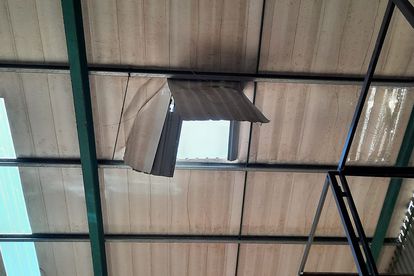 According to Netcare spokesperson Shawn Herbst, the industrial accident happened around 11:12 on Tuesday morning.

THE MAN FELL 12 METERS, SLAMMING INTO THE FLOOR HEADFIRST

“Reports indicate that a worker changing metal roof sheeting had fallen through at a joint between the two sheets.

“The man, approximately thirty years of age, had worn a fall protection harness which was connected to a lead line; however, the lead line was not under tension,” he said.

The man was found to have sustained polytraumatic injuries and was stabilised on scene by a Netcare 911 emergency care practitioner.

Herbst furthermore said that once treated, the man was transported by ambulance to a hospital for further care.

Meanwhile, on the same day, a man had driven over and partially amputated his foot while cutting grass with a lawnmower at a business in Botha’s Hill on Tuesday.

ANOTHER HORRIFIC ACCIDENT ON THE SAME DAY

“Paramedics responded to calls for assistance at a business in Bothas Hill, Durban West Region.

“Reports indicate that an adult male worker had driven over his right foot while cutting the lawn,” Herbst said.

He said the man was assessed by the START rescue team members, who started treating the seriously injured man.

THE SERIOUSLY INJURED MAN WAS TREATED ON THE SCENE

“Netcare 911 emergency care practitioners found that the man had sustained a partial amputation of his foot.

“Once stabilised, the man was flown by Netcare 911 helicopter to a hospital for further care,” Herbst said.