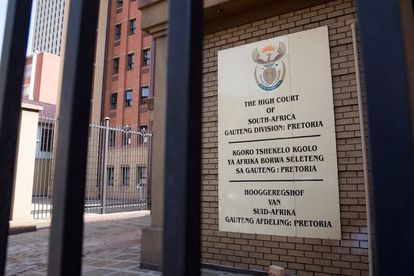 The Pretoria High Court has awarded R2-million in damages to a man detained for more than two years before charges were withdrawn. Archive photo: Ashraf Hendricks

The Pretoria High Court has awarded R2-million in damages to a man detained for more than two years before charges were withdrawn. Archive photo: Ashraf Hendricks

A man accused of housebreaking and detained for more than two years before charges were withdrawn has been awarded R2-million in damages.

Evidence was presented in the Pretoria High Court that his jail conditions were “terrible”. He contracted HIV and he was tattooed by force by other inmates.

“He was released back to the community with tattoos all over his body. He hates tattoos and people look at him strangely, suspiciously, thinking he is a criminal,”

The man’s identity has been withheld. He is referred to as Mr T in the judgment.

Mr T sued the Minister of Police for unlawful arrest made without a warrant in May 2015.

He appeared in court the following day and applied for bail. This was opposed by the investigating officer and was denied by the magistrate.

He remained behind bars from 25 May 2015 until 26 July 2017 when charges were withdrawn because of lack of evidence. He was released from custody and “told to go home”.

Two police officers, Seargent Seleke Molawa and Constable Pogiso Montwedi, testified. Molawa said a local school principal had reported a case of theft and housebreaking. He said numerous classrooms had been broken into and items, including schoolbags and two-litre bottles containing coins had been stolen.

A community member directed the police to a house where they found two school bags and a bottle containing coins. They were told that Mr T and others had brought them there “for sharing”.

When the police officers went to Mr T’s home, his grandmother had shown them his room where they found another bottle with coins and two school bags.

After he was arrested, Mr T told them that there were other goods under his bed and provided information which led to the arrests of other suspects.

Under cross examination, Molawa was unable to explain why there were no statements in the docket.

Montwedi gave similar evidence and agreed that the plaintiff had volunteered information. He admitted that a police officer investigating a case was obliged to obtain a statement from all complainants, witnesses and suspects.

Mr T, in his evidence, said his friend had brought the stolen goods to his house. He said he had been assaulted by the police when they came to his house to arrest him.

“Prior to his arrest, he lived with his grandmother, whom he adored. They were a struggling family living in poverty. He lost valuable time and opportunities in life behind bars,”

The environment in prison

Mr T said the jail was dirty and overcrowded. There was violence and fighting and he was tattooed by force. He learned he was HIV positive when he went for a surgical procedure while behind bars.

Clinical psychologist Mashudu Malivha testified that she had assessed Mr T and observed that he was “traumatised” by his arrest and incarceration.

She told the court he had developed severe depression and was “fatigued, suicidal and withdrawn”.

Acting Judge Mazibuko said there was little to link Mr T to the crime. He had given the police the goods and told them his friend had given them to him for safekeeping.

She said the police officers who arrested him had not properly exercised their discretion and the arrest was unlawful.

“It follows then that there was no justification for his detention,”

“No information, including the charge sheet, was placed before this court as to why the bail application was opposed. The police docket was also of no assistance. The investigating officer (who opposed bail) did not testify.”

She said it seemed the investigating officer had not attempted to get any information from either Mr T or his family before opposing bail.

Turning to quantum, Acting Judge Mazibuko said the primary purpose was not to enrich the aggrieved party but to offer some “solatium for their injured feelings”.

“Taking all the relevant factors into account, including the living conditions in custody, the plaintiff being tattooed and contracting HIV, as well as the period of two years and one month spent in custody … a fair and reasonable amount is R2-million,”