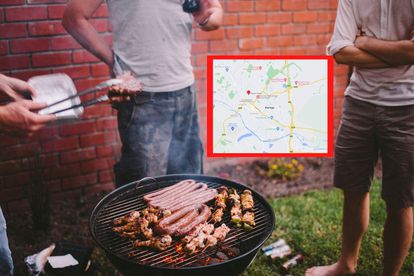 Man dies of smoke inhalation after a braai in the Eastern Cape Photos: Stock/Canva

Man dies of smoke inhalation after a braai in the Eastern Cape Photos: Stock/Canva

Police said a man died of smoke inhalation after a braai! How does that happen? Well, the man took his braai stand into his room to get warm after having a braai with friends.

FRIENDS OF THE MAN FOUND HIS BODY THE NEXT MORNING

After his friends were looking for him again this morning at about 11:40 at his home in Molteno Street, Cannon Hill, Kariega, they found his body on his bed.

According to police spokesperson Captain Andre Beetge, the incident happened on payday, 25 July 2022.

“At about 22:30 a 22-year-old male took his braai stand into his room to get warm after having a braai with friends.

“It is suspected that he passed away due to smoke inhalation. His identity cannot be released as his next of kin still needs to be informed.”

Beetge said an inquest docket was opened and is being investigated by Kariega SAPS.

RESIDENTS ARE WARNED TO BE EXTRA CAUTIOUS DURING COLD NIGHTS

“The South African Police Service wishes to warn residents to be extra cautious during cold winter nights, as persons are tempted to heat their rooms and homes with electric equipment and equipment using open flames.

“These methods pose a fire risk as well as risks of smoke inhalation, and our communities are urged to use those methods responsibly and safely.”

HERE ARE SOME FIRE SAFETY TIPS

Know what to do if a fire occurred: