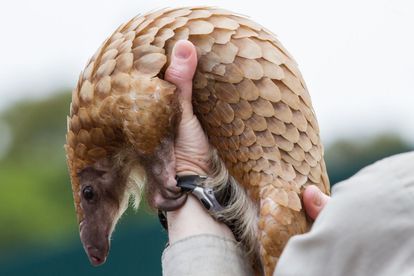 A 25-year-old man was convicted and sentenced by Kuruman Regional Court after trying to sell a pangolin for R200 000.

THE MAN WAS CAUGHT LAST YEAR IN OCTOBER

“The man was convicted and sentenced by Kuruman Regional court on Thursday,03 February 2022 for illegal possession of endangered species in terms of the National environmental management Biodiversity Act 10 of 2004,” Thebe said.

A STING OPERATION WAS CONDUCTED

He said the man was arrested last year on 1 October 2021 after information surfaced that he intended to sell a pangolin for R200 000.

“A sting operation was conducted by the Hawks Serious Organised Crime Investigation with the assistance of Stock Theft Unit and Local Criminal Record Centre resulted in the suspect being arrested after he was found in possession of the said pangolin.”

The case was successfully investigated, and the suspect pleaded guilty to the contravention of the National environmental management Biodiversity Act 10 of 2004.

Bosman was then sentenced to twelve months imprisonment or a fine of R6000.00 suspended for five years on condition that the accused is not convicted of the same offence again.

WHY ARE PANGOLINS BEING SOLD?

According to a report by National Geographic pangolins have long provided meat and traditional medicine for people in Africa and Asia.

Recently, though, demand for pangolin scales—used mainly in China and Vietnam for a variety of ailments—has grown to the point that geographic boundaries are blurring. Vast quantities of them are now being smuggled from Africa to Asia, despite an international trade ban on all eight pangolin species that went into effect in 2017. A new report confirms that this illegal trade is only growing—and that organized international criminal networks that previously dealt predominantly with African elephant ivory are increasingly turning to pangolins.

“The level at which pangolins are being trafficked is huge compared to what it has been in the past,” says Sarah Stoner, director of intelligence at the Wildlife Justice Commission, an international foundation that aims to disrupt and help dismantle the illegal wildlife trade, and lead author of the report. “It’s on a completely different level.”

Pangolins have grabbed news headlines in recent days after researchers at South China Agricultural University said that the pangolin could be an intermediary host for the novel coronavirus. They have not published their findings, and the pangolin has not been confirmed as the animal from which the virus jumped to humans. It is, however, a working theory, and it puts increasing scrutiny on China and Vietnam’s consumption of pangolins and the massive illegal trade in the species.