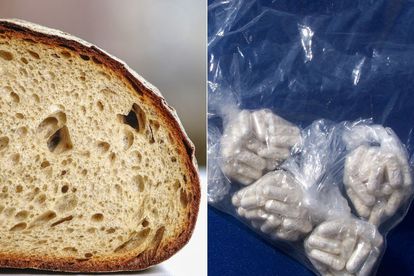 A man was arrested after he attempted to give his friend, at a police station, a loaf of bread with 94 heroin capsules. Photo: Stock Image / Pixabay and Howard Smith / Flickr

A man was arrested after he attempted to give his friend, at a police station, a loaf of bread with 94 heroin capsules. Photo: Stock Image / Pixabay and Howard Smith / Flickr

South African Police Service (SAPS) officers at the Eshowe station in KwaZulu-Natal intercepted a drug handover within the station. This is after a man was caught trying to give his friend 94 capsules of heroin hidden inside a loaf of bread.

He was arrested and charged with two crimes

He was subsequently arrested. The unidentified individual has been charged for the possession of drugs and bribery after he attempted to bribe a SAPS officer. Police spokesperson Constable Thenjiswa Ngcobo said the suspect was questioned about the drugs before he tried to bribe the officer into not arresting him.

Why was the man at the police station?

The suspect was at the Eshowe police station to provide food and toiletries to a friend. His friend was arrested earlier in the day in the King Dinuzulu region. He was arrested after being found with 54 capsules of heroin in his pocket.

The Citizen reported that the estimated street value of the heroin capsules is R6 000. The suspects, aged 31 and 35 years old, are expected to appear before the Eshowe Magistrate’s Court for the possession of drugs.

Police get illegal firearms and drugs off the streets

Previously, it was reported that three people were arrested in a police operation in Lusikisiki policing district for possession of unlicensed firearms and drugs. Operation Sikona conducted by Pop members last night Saturday, 4 June, until Sunday morning yielded positive results.