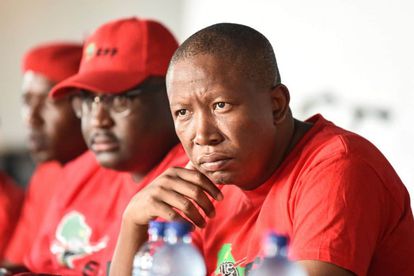 In a scathing response, EFF leader Julius Malema tweeted that his party intends to appeal the ruling made by the South Gauteng High Court on the Trevor Manuel defamation case.

We have instructed our attorneys to appeal; not even courts should be allowed to silence the truth also if that truth is against the Thuma Mina group of the ruling elite.

What is the Trevor Manuel vs EFF debacle about?

The legal debacle between the two stems from comments that were by made against Manuel by the EFF, who accused the former minister of nepotism in March.

The Red Berets questioned Manuel’s influence in the appointment of Edward Kieswetter, the new South African Revenue Services (SARS) boss. You will remember that the former Finance Minister was part of Parliament’s selection panel in the search for the new revenue collector’s commissioner.

In a statement, the EFF claimed that Manuel’s relation to Kieswetter, and their close business relationship, was clear indication of the influence he may have had in the panel’s recommendation.

Court orders EFF and Malema to apologize to Manuel

The court ruled that the EFF utterances were defamatory. Not only are the Red Berets expected to issue a public apology to Manuel, but they are also reqiured to fork out the R500 000 in damages he requested in his court application.

Related: Julius Malema: “We have ‘crocodile’ Gordhan by the tail”

However, the party will not go down without a fight. In a statement, the EFF noted that it will appeal the decision immediately.

“The EFF has instructed its attorneys to appeal against this judgment of the High Court which ordered the EFF to apologise to Trevor Manuel in respect of an EFF statement issued in the political context.

“Our constitutional jurisprudence is very clear on separating the standard to be applied to allow for free political speech which must not be confused with normal private interactions. The court seriously erred in not applying the correct standard,” the party noted.

EFF Will Appeal The Decision Of The High Court On Trevor Manuel’s Defamation Application Against The EFF. pic.twitter.com/iVjviuGOY6