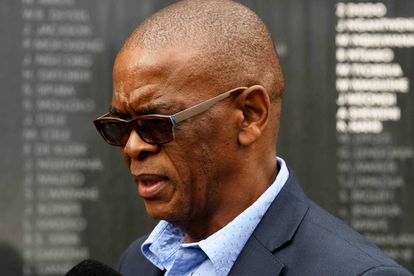 Ace Magashule says once he is nominated at the ANC’s 55th National Elective Conference, nobody can stop him. Image: GCIS / Flickr

Ace Magashule says once he is nominated at the ANC’s 55th National Elective Conference, nobody can stop him. Image: GCIS / Flickr

Suspended SG says once he is nominated, nobody can stop him

Magashule made the statement ahead of the pre-trial conference outside the Bloemfontein High Court on the morning of Friday, 23 September. Alongside him was suspended uMkhonto we Sizwe Military Veterans Association (MKMVA) spokesperson Carl Niehaus.

In a short clip shared online, Magashule can be heard stating that once he is nominated no one can stop him.

“Once I’m nominated, I’m nominated. Nobody can stop me. I joined the ANC revolution. I was there in the struggle. It’s not a monopoly of any individual, the ANC is the movement of the people,” said Magashule.

Magashule faces fraud, money laundering and corruption charges in connection to a R255 million asbestos tender in the Free State, which was awarded when he was premier, in 2014. He is facing the charges along with 16 co-accused.

The ANC suspended him after he refused to step aside. The ruling party’s step aside policy directs members who are facing serious charges before the courts to vacate their office temporarily.

Last month, it was reported that in yet another defeat for suspended African National Congress (ANC) secretary-general Ace Magashule, the Constitutional Court has dismissed his bid to have his temporary ousting from Luthuli House reversed.

In its judgement, the Constitutional Court said Ace Magashule had no prospects of successfully appealing his suspension as ANC secretary-general.