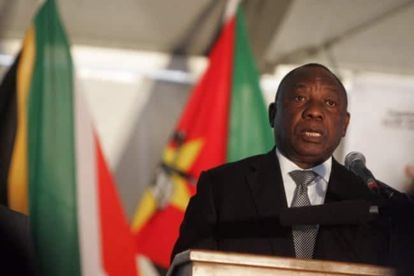 “It’s something that should make all of us sad, that the South Africa of Nelson Mandela is now being said to be on the brink of becoming a mafia state,” he said, delivering the SACP’s Moses Kotane lecture in Rustenburg on Sunday.

Ramaphosa again called for a judicial inquiry into state capture.

Former public protector Thuli Madonsela recommended in her State of Capture  report, released last year, that a judicial inquiry should be established to look into claims that Zuma’s friends, the Guptas, had undue influence over his decisions, including his appointment of ministers.

‘Need to get to the bottom of this’

This included allegations that the Guptas influenced some state-owned enterprises.

Such an inquiry would be the only way for the ANC to counter this threat and re-establish itself as a leader in society.

“More and more people are now saying this is the only way out, because to continuously be hearing about state capture, this one did that, that one did that, and names of people are being bandied around, is not a good thing for us in our country. We need to get to the bottom of this,” he said.

The ANC could not afford to go into the 2019 elections with the baggage of state capture.

“2019 is our destination where the ANC must win elections.”

The commission would be able to establish the extent to which state institutions were being used improperly and illegally to enrich a few individuals and families, he said.