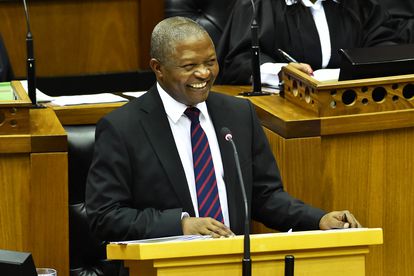 Deputy President David Mabuza has warned that government may not have enough to cover all the costs of the losses incurred by businesses during the July riots.

Mabuza replied to questions from MPs at the National Council of Provinces (NCOP) on Thursday afternoon, 26 August 2021.

He said R2.3 billion has been set aside to help businesses that were affected by the unrest, as well as about R10 billion from the South African Risk Insurance Company (Sasria).

“As a measure to stimulate [the economy] government has availed R2.3bn to support businesses that were affected by ongoing restrictions as a result of Covid-19 and further worsened by the looting and destruction of logistical infrastructure during last month’s unrest,” he said.

There several measures being looked at to further cushion the economic blow that was spurred by the unrest, but David Mabuza has stressed that government did not have sufficient financial muscle to fully take them on.

“The sooner we attend to the destruction to business that stopped working, the better for the economy, our country and those who have lost their jobs. But I must say, it will depend on the availability of resources,” Mabuza said.

“What we have now is not enough to deal with all of the problems that were created. But I want to ensure all South Africans that our insurance company [Sasria] is making an assessment of all the destroyed business, with a view of giving support,”

The July riots made global headlines. They started out as semi-violent demonstrations demanding former president Jacob Zuma’s release from prison in KZN, but soon morphed into riots which saw shopping malls and other establishments being targeted. The unrest soon spread to parts of Gauteng after which the violence escalated. More than 330 people were killed in the chaos.

Both provinces’ economies have suffered a hit, as a result. With more than 150 000 jobs lost so far.