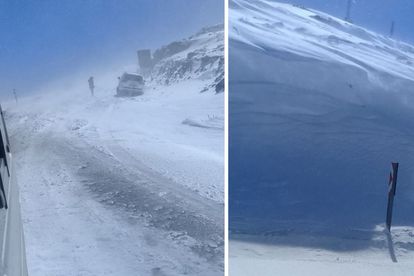 The photos were taken by Malesedi Malope on Sunday on the Sani Mountain Pass. Photo: SnowNews

The photos were taken by Malesedi Malope on Sunday on the Sani Mountain Pass. Photo: SnowNews

Brrrr…… Heavy snowfall was reported in several parts of South Africa on Sunday afternoon, and we have the photos to prove it!