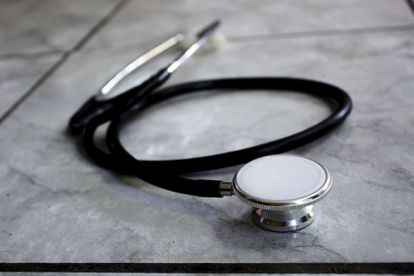 The mother of the 13-year-old boy spoke to Sowetan about the ordeal she and her son endured at a local clinic in Meadowlands, in Johannesburg.

Busisiwe Rwayirwayi is the 47-year-old mother of her son, Loyiso who is autistic. The two reside in the suburb of Meadowlands and because of her son’s condition, Busisiwe relies heavily on the availability of the public health care system that comes, for her, in the form of the local clinic nearby.

The difficulties of raising an autistic child

Autism, medically referred to as autism spectrum disorder (ASD), is a condition that most children suffer from. According to Autism Speaks, the condition presents itself in a range of deformities, ranging anywhere from impaired social skills to unconventional nonverbal communication.

The most common medical issues that every one in 59 children, who are born with this condition, suffer from include:

Because of their sensory issues, more often than not, children with autism get epileptic reactions when they are overly exposed to sounds, lights, touch, tastes, smells, pain and other stimuli.

Zoe Mahopo, the author of the article that was published on the Sowetan, reported that the mother was turned away from the clinic where she usually picked up Loyiso’s epilepsy medication.

According to the mother, whose son had defaulted for six days after she was refused medication, she was told to return on 17 November.

“I’m even afraid to put him down in case he has another seizure and hurts himself. This is stressful. I can’t even sleep at night because I’m afraid. I have to watch over him.” the tearful mother told Mahopo.

The mother gave a shocking reason as to why the nurses turned her away. According to Busisiwe, she was refused medication because it was apparently too soon for her son to have run through a 300ml package of epilepsy medication.

What the nurses failed to consider was that, according to Busisiwe, the doctors had increased her son’s dosage to 30ml, thus meaning that the supply she got would not last longer than ten days.

“The medication is there but they won’t give it to us. My son is getting worse. I’m afraid that he will die if he does not get medication soon. He can’t live without it. I am tired of this. If I don’t fight for my son’s life no one else will? Loyiso cannot say anything for himself. I just want my child to get his treatment so that he can live [a normal life],” she added.

Busisiwe is unemployed and relies on Loyiso’s child grant to provide for his essentials. Not having his medication poses a major risk to his life.

Consequences of not treating autism

If a child with autism is left untreated for too long, he or she may fall back into a stagnant state that is very hard to get out of again.

Managing the condition is highly dependent on momentum. By this, we mean, if the child was regularly taking his or her medicine and interacting with other social facets of his or her community, this environment and routine should not be altered.

Lisa Daxer, a graduate in anatomy and physiology who contributed a thought piece on Quora, stated that

“When later in life these people get into a better environment, they can start learning again; but the damage done by not having had a good childhood environment is, to some degree, permanent.”

“The family will be contacted by the sub-district manager in order to ensure that this patient receives his treatment. This is for the first time the department is receiving such enquiry from this area,” Morewane said.