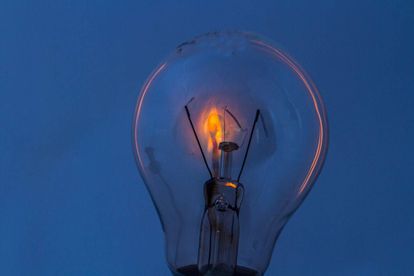 Good news Mzansi, Eskom has suspended load shedding ahead of the weekend due to a drop in demand. While this is the case, the power utility requested on Friday 8 January, that South Africans continue to use electricity sparingly as the system remains vulnerable and unstable.

Eskom, in a statement, said it will use the lower demand opportunity during the weekend to continue replenishing the emergency generation reserves in preparation for the expected higher demand during the coming week. So while we may manage to avoid load shedding over the weekend, we’re not sure we’ll be free of it in the coming days.

“In this period, Eskom will also continue to pursue reliability maintenance as planned and previously communicated. This will continue to put pressure on the generation plant going into the week. However, maintenance is necessary in order to improve the reliability and performance of the power stations,” it said.

While load shedding has been suspended, Eskom currently has 6060MW of capacity on planned maintenance, while another 13 206MW of capacity is unavailable due to breakdowns and other load losses.

“Eskom teams are working hard to return as many of these units to service as soon as possible. Eskom will communicate timeously should there be any significant changes to the power system,” it added.

On Wednesday 6 January — just two days ago — Eskom said it would have to implement load shedding later that night and again on Thursday.

“The load shedding is necessary in order to recover and preserve the emergency generation reserves that have been utilised to support the system during the week following the earlier than planned shutdown of Koeberg Unit 1 and other units whose return to service has been delayed,” it said in the statement.

A significant leak was reported at Koeberg Unit 1 on Monday which ultimately led to the unit being taken offline for repairs. Due to this, a warning of increased load shedding was issued.

“Although the leak rate was well within the safety limits, a conservative decision was made to take Koeberg Unit 1 offline for repairs. During this period, the unit will also undergo routine maintenance, only returning to service during May 2021. The cause of the increased leak rate will be addressed. There is no risk to plant, personnel, or the environment,” Eskom said.

“The steam generator is a tubular heat exchanger, which mechanically dries the steam produced during the generation process. Shutting down the plant takes several hours, and once it’s done, fuel will be unloaded from the reactor core to enable maintenance activities to be conducted. Unit 2, however, continues to operate at full power,” it added.