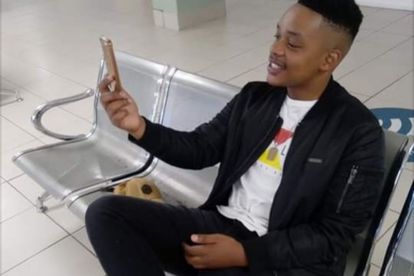 The life sentence given to law student Liqhyiya Tuta for stabbing two police officers was overturned by the Constitutional Court. Photo: Facebook.

The life sentence given to law student Liqhyiya Tuta for stabbing two police officers was overturned by the Constitutional Court. Photo: Facebook.

Law student Liqhayiya Tuta was handed a life sentence in the Pretoria High Court for stabbing two police officers in self-defence. However, the Constitutional Court overturned the judgement and on Tuesday the reasons were revealed.

Initially, Tuta was found guilty of stabbing the officers dressed in civilian clothes when they attempted to detain him after a chase in the streets of Sunnyside, Pretoria, around midnight in 2018.

Two weeks ago, the ConCourt overturned his conviction and ordered Tuta is released from prison with immediate effect.

Upon his release, Tuta was met by several of his family members expressing their jubilation that he was finally freed.

The justices were all in agreement in favour of the appeal made by Tuta. They found that the high court failed to formulate the correct test for putative private defence and that was “an error of law that carried the risk of an unsound conviction and an unfair trial”.

NOT MURDER BUT SELF-DEFENCE

According to the testimony of Constable Lawrence Makgafela, he and his partner, Constable Nkosinathi Kenneth Sithole, attempted to arrest Tuta after he and his friend ran away.

The police officers suspected Tuta of being in possession of a stolen laptop.

Tuta appealed the life sentence he was given by the high court in 2019. He argued he acted in self-defence and was not aware at the time they were police officers and mistook them for thieves.

Sithole died after being stabbed by Tuta, whom he was attempting to arrest, while Magalefa had gone to the car to fetch handcuffs.

Upon Magalefa’s return to the scene, he was also stabbed by Tuta.

Magalefa was hospitalised for more than 30 weeks after the incident