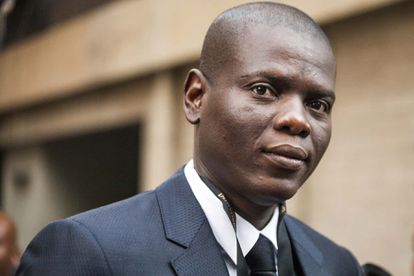 It’s not the best time to be Tourism Minister Lindiwe Sisulu. But then again, maybe that depends on who you ask. Sisulu is still facing criticism from all angles after her opinion piece where she ranted against the judiciary. While most senior ANC members have remained quiet, Justice Minister Ronald Lamola has hit back in his own piece. Get the popcorn, folks. From the Acting Chief Justice to the Justice Minister, Sisulu is getting a proper talking to.

In an opinion piece published last week, Sisulu accused African judges of being “mentally colonised”. She also questioned whether our constitution is actually beneficial to black South Africans. Acting Chief Justice Raymond Zondo described her comments as an insult.

In his own opinion piece, Lamola agreed with the ACJ. And trust us, he did not mince his words.

“There is ‘discourse’ and then there is ‘attack’.

Insinuating that judges who have assumed the high calling of judicial office in our democratic era are mentally colonised is a personal attack that cannot be condoned under any circumstances. In addition, calling any Black person – whether a judge or not – a ‘house negro’, is insulting.

Lamola argues that the debate caused by Lindiwe Sisulu and her comments, is actually the perfect moment to debate the country’s democracy even further

Lamola also took on Sisulu’s claim that sometimes things are done as part of the rule of law. These things, being legal but still morally wrong.

“The law can indeed be used in pursuit of evil – apartheid South Africa and Nazi Germany are both cases in point, as their laws were technically legal because they were on the statute book, but they were morally wrong. This is exactly what our constitution set out to change,” Lamola said.

Lamola goes on to say that the Consitution is the “exact opposite” of previously unjust laws. Instead, it advances “human dignity, freedom and the achievement of equality”.

Arguably the strongest point made by the justice minister? He rightly points out that Sisulu did not cite a single judgment by a local court that enforces an “unjust” law.

Lamola ended his piece by championing free speech. To him though, Lindiwe Sisulu crossed the line.

“Any criticism against our courts should be on substance and with evidence. Sweeping statements or blanket attacks on our courts and judiciary are dangerous to our constitutional democracy,

Let’s wait and see what Sisulu has to say back to her fellow cabinet member.