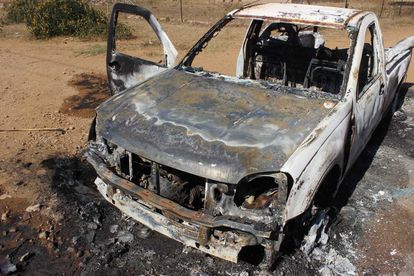 Zondo was killed during a mob attack at Mamaolo village under Lebowakgomo policing area on Saturday 2 July 2022, after he was suspected of stock theft.

According to police, preliminary investigations revealed that the victim, who was a resident of Lebowakgomo but originates from Vreyheid in Kwazulu Natal, often bought goats from the surrounding villages and took them home (KZN).

Limpopo police spokesperson, Brigadier Motlafela Mojapelo said on this fateful day, he was accosted by community members at Mamaolo when he was seen transporting several goats in a bakkie.

“The victim, aged 43 was dragged from the vehicle, severely assaulted and burned beyond recognition. His motor vehicle was also torched,” he said.

Limpopo Police Commissioner,Lieutenant General Hadebe said a team has been ordered to relentlessly hunt down all perpetrators who were involved in this brutal killing and bring them to book.

“Incidents of people taking the law into their own hands are now escaping and the police will deal with them as matters of priority and anyone found to be on the wrong side of the law, will face serious consequences.

“We call on all community members to isolate these perpetrators and work closely with the Police by reporting any information about crimes to the police.”

Cases of murder and malicious damage to property have been opened and police have pleaded to anyone with information to contact Sergeant Aziyangwizi Makadani on 072 029 7499, the Crime stop number 0860010111, the nearest police station or send information via MySAPSApp.

Mushroom and herb salad: A healthy meatless salad for your lunch