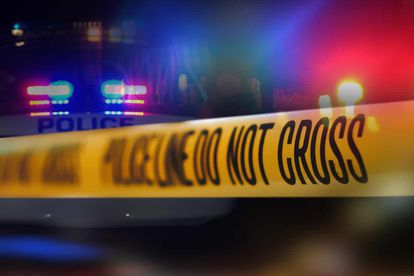 The latest attacks on women and children in Limpopo have sent shock waves through the community, with Limpopo MEC for Social Development, Nkakareng Rakgoale condemning the spike in gender-based violence (GBV).

The MEC reacted with shock and sadness to the latest cases of rape of school-going children and attacks on women in the province.

In a recent incident, a 14-year-old girl was raped in the presence of her friend, on their way from school between Ga-Molele and Rammutla villages in the Senwabarwana area outside Polokwane. The suspect allegedly constrained the friend, who had to witness the heinous act.

The second incident happened at Shawela Village in Bolobedu, outside Tzaneen, where a 13-year-old girl was raped by her 15-year-old brother on two occasions at their home.

The suspects in both cases are still at large.

MEC Rakgoale has reacted with disgust to the rapes: “Our social workers have already been dispatched to offer psychological support to the victims and their families, but these young girls have now been scarred for life. We need to sit down urgently with our boy children and explain to them the importance of respecting women,” said Rakgoale.

The MEC said this situation simply cannot continue where women and girls are not even safe at home or travelling to shops or schools.

In a separate incident, the body of a 31-year-old woman who was reported missing on 23 June, was discovered in the bushes near Impala Park Stadium on Friday in Phalaborwa. Her body was already in a state of decomposition.

Family members reported the deceased, Ruth Manganyi, as missing on Tuesday when she could not be reached telephonically and she did not report for work.

The Limpopo provincial police spokesman Brigadier Motlafela Mojapelo said the body of the deceased was spotted by a passerby in the bushes between Combretum Flats and Impala Park Stadium on 25 June at about 16:00.

“The police responded to a call and proceeded to the scene where the body was indeed found.”

Mojapelo said the cause of death has not yet been determined as investigations are still unfolding.

In yet another incident, a police officer attending to a case of gender-based violence in which a woman was repeatedly assaulted by her partner was stabbed and seriously injured by the alleged perpetrator.

“It is certainly unacceptable that even an officer of the law, trying to protect a woman from GBV, becomes a victim herself. The continuous onslaught on women and children is disturbing and the level of violence is, to say the least, appalling,” reacted the MEC.

She said the suspects in all these cases will face the full might of the law.

“We call on citizens to help with information that can lead to the arrests in all these cases and to keep reporting any suspected violence against women and children in their communities,” the MEC concluded.

Brigadier Mojapelo said with regard to the Elandskraal case where a police captain who was helping an abused woman was also attacked by the perpetrator, police conducted an operation in the Elandskraal policing area and succeeded in arresting the suspect.

He said the captain, who is the station commander at Elandskraal, together with a police reservist constable, were tending to a complaint of domestic violence when the suspect suddenly stabbed the captain and fled from the scene.

“The members seeking justice for one of their own, who is about to retire from the police service on pension, did not rest until the suspect was located. He was hiding in a house in the village,” said Brigadier Mojapelo.

The Acting Provincial Commissioner, Major General Jan Scheepers, commends the members for arresting the suspect within hours of the attack. He also thanked community members for providing information that led to this arrest.

The suspect, aged 51, is expected to appear before the Groblersdal Magistrate’s Court, facing charges of attempted murder and contravention of the Domestic Violence Act.

The spokesman for social development, Witness Tiva, said a total of four incidents of GBV were reported in the area, this weekend alone.