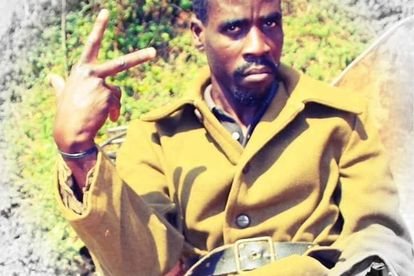 Limpopo comedian Ntambudzeni Rasendedza (40), of Lwamomondo village, was sentenced to 10 years of direct imprisonment by Sibasa Regional Court for scarring his girlfriend for life.

This well-known Limpopo comedian of Tshovhilingana, also popularly known in his community as ‘Bundu’, was convicted on a count of attempted murder, kidnapping, and assault with intent to cause grievous bodily harm.

BUNDU LOCKED HIS PARTNER UP FOR TWO WEEKS

National Prosecuting Authority (NPA) Regional Spokesperson Mashudu Malabi-Dzhangi said the first incident happened in August 2019, when ‘Bundu’ assaulted his girlfriend with a wooden stick and electric cable. He further dripped a burning plastic all over her body and locked her inside his house for two weeks.

“He also gave her a bucket which she used when she wanted to relief herself.”

The second incident, according to Mashudu, happened when the pair were coming back from a party. “The accused hit the victim with a big stone and broke her leg, and further tore up her clothes and left her naked,” she explained.

Bundu pleaded not guilty, and denied that he burnt the victim, he told the court that the victim burned herself and further fell and broke her leg.

In aggravating the sentence, the Regional Prosecutor argued that the offence was serious and prevalent in the court‘s area of jurisdiction. The prosecutor further told the court that the accused should be sentenced to direct imprisonment, to send out a clear message to would-be offenders.