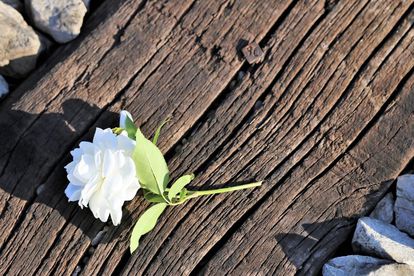 A 15-year-old Grade 10 learner at a high school in Limpopo committed suicide after allegedly being involved in an altercation with another learner. Photo: Stock Image / Pixabay

A 15-year-old Grade 10 learner at a high school in Limpopo committed suicide after allegedly being involved in an altercation with another learner. Photo: Stock Image / Pixabay

A Grade 10 learner reportedly committed suicide following an alleged altercation at school. Pholoso Mthembi from Molamo-Hlapi Secondary School in Limpopo was allegedly involved in an altercation with another learner.

Mthembi reportedly went home after school on Wednesday, 25 May, where she ended her life. There have been reports that Mthembi faced bullying

Education Department spokesperson in Limpopo Tidimalo Chuene said a delegation from the department will be meeting with Mthembi’s family. Chuene explained that her suicide allegedly occurred after a quarrel with another student. Adding that psychosocial services will be provided to those who are affected.

“It is alleged that this happened after she quarrelled with another learner after school. We are obviously deeply saddened by the incident and sent heartfelt condolences to the family friends and the entire school community. A delegation from the school has been sent to the family of the deceased for support and we are also working on providing psychosocial services for those who are affected,”

Mthembi’s family and others impacted are receiving counselling

Tiva noted that the safety of children is once again put in the spotlight.

“This incident again puts in the spotlight the safety of children in our communities and it happened a few days before the start of this year’s Child Protection Week observation to be launched on the 29th of this month. Our social workers have started providing psychosocial support to the schooling community as well as the families and other affected parties,”

Previously, it was reported that bullying in schools has once again been highlighted in South Africa. This follows the fatal stabbing of a Zama Primary School learner. The school is based at Zastron in the Free State.

A learner has been arrested for stabbing a fellow classmate. The horrific incident occurred on the afternoon of Wednesday, 4 May outside the school. It has been reported that the learners got into an argument earlier.

The suspect then threatened to stab the deceased learner with a spoon. The suspect was ordered to go home and bring his parents to school by the principal. Instead of doing this, the suspect allegedly brought a knife to school. Read the full story here.

These eThekwini Municipality beaches are now open to the public