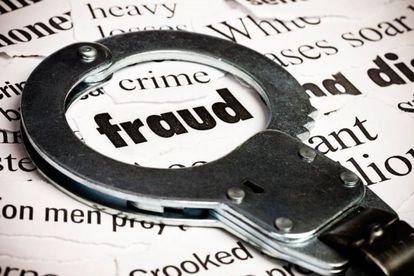 Criminals have been busy trying to get rich quick through fraud, from killers claiming funeral and death policies on their victims to a nurse alleging she had HIV by using a patient’s infected blood.

According to the Association of Savings and Investment South Africa (ASISA) 4 287 fraud claims worth about R787 million were made in 2021. The body revealed the fraud statistics at the beginning of the week that showed funeral insurance attracted the highest incidence of fraud and dishonesty.

SYNDICATES TAKE OUT INSURANCE POLICIES ON VICTIMS THEN KILL THEM

The syndicates, predominantly in the Eastern Cape, took every opportunity to grab cash and there was a growing trend of unnatural deaths in the last few years.

The research revealed that 68 out of 3 268 fraud cases were organised criminals involving funeral policies. Policy proceeds beneficiaries from four of the cases were fraudulently involved.

Govender says syndicates are familiar with life and funeral insurers’ policies and procedures.

The criminals who committed the fraud would murder a victim and make claims or use the corpse of a pauper from mortuaries and stage hit-and-run accidents.

He says the syndicates are now using runners to get their dirty work done to evade the efforts of insurers trying to uncover the fraud.

However, Govender says syndicates are not the only killers, sometimes family members were found to have killed loved ones for life insurance payouts.

Govender says one life insurer is investigating a suspicious case that arose last year when the cover was taken out a day before a mother and her daughter were shot in a field in the Eastern Cape.

The nation has already been exposed to these brutal instances of fraud, one such headliner is former police officer Nomia Rosemary Ndlovu. She was served six life sentences for the murder of her partner and five family members to claim funeral and life insurance policies.

Another was Pastor Melisizwe Monqo and hitman Phumlani Qhusheka who were sentenced to life imprisonment. They were charged with the 2018 murder of a member of the God’s Work International Ministries whose life they had insured. Siphosihle Pamba, Monqo’s wife, was also slapped with a 20-year jail sentence.

South African life insurers detected 4,287 fraudulent and dishonest claims worth R787.6-million across all lines of risk business in 2021, significantly higher than the 3,186 claims valued at R587.3-million in 2020.

Govender says if the criminals are left unchecked, fraud and dishonesty would have the biggest impact on honest policyholders. They would suffer by having to pay higher premiums for their policies to make up for unjustifiable claims rates.

A non-murder related fraudulent claim was when a nurse made a claim with insurers that she contracted HIV on the job. She submitted a fraudulent R1 million disability claim alleging she suffered a needle stick injury at work.

The nurse went further to submit a positive test result to insurers but following forensic investigations uncovered the fraud. Several inconsistencies and no records of HIV treatment were found. She admitted to using the blood of an infected person to submit her claim. She appeared in court and received a five-year jail sentence, suspended for five years, and a R10 000 fine or six months in prison.