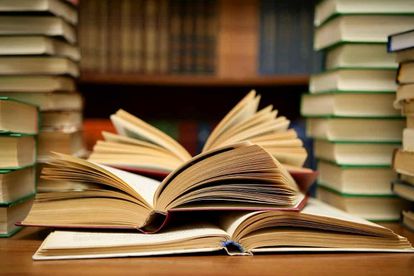 The Democratic Alliance (DA) in KwaZulu-Natal (KZN) has called for a forensic probe into funding allocated for library books in the province.

This comes after it was revealed that many facilities have not received any new reading material for as long as three years, amid ongoing concern that funds allocated as part of KZN’s Department of Arts and Culture (DoAC) budget, during the 2018/2019 and 2019/2020 financial years, have been misused.

DA KZN Spokesperson on Arts and Culture, Bradley Singh, said that the DoAC’s apparently audited financials had showed that the budget allocation for library books had been used in full but a very different picture had emerged on the ground.

“This includes reports from regular book suppliers that they have been struggling to earn an income since 2018 after both the KZN Municipal Library and the KZN Provincial Library Services stopped purchasing books. To date, more than 180 book suppliers have been affected,” Singh said.

Singh said that a previous tender for library services had been cancelled and 184 suppliers, who were meant to supply books to libraries across the province, had been turned away.

“The suppliers were simply told that the HOD (head of department) had cancelled the tender, without any reason given. Two other submissions for October 2019 and February 2020 were also cancelled,” he said.

“According to departmental budget reports, it is alleged that Memorandums of Agreements were delayed during the Covid-19 lockdown, which impacted library services, including the securing of new books.”

However, he said the lack of new library books had been an issue long before the onset of the virus.

“This also raises serious questions when it comes to the Department’s 2017/18 budget, during which it also claimed to have spent the full budget allocation for books. Something does not add up and the DA expects KZN Arts and Culture MEC, Hlengiwe Mavimbela to provide answers. We need to know where those funds are and what they have been used for. If, as claimed by the DoAC, books were bought – then where are these invisible books?”

“We want to know how many suppliers were part of the procurement process by Supply Chain Management for the DoAC since 2018. Clarity is needed in this regard due to the large number of suppliers who are coming forward and seeking answers on why they have not been given orders since then,” he said.

Singh said that in its 2020/2021 budget allocation, the DoAC had stated that it would be purchasing 90 000 books, to be supplied to municipal libraries across the province. “Whether these too will remain a figment of the imagination remains to be seen.

Libraries play a vital role within KZN’s communities. They need to be properly resourced and maintained if they are to continue to do so,” Singh said.