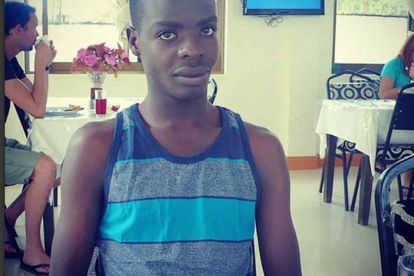 Kenyan LGBT activist George Barasa has been told that he does not qualify for asylum in South Africa because home affairs official do not believe he is gay.

Home affairs claim that Barasa is not under threat from persecution in Kenya despite a warrant being issued for his arrest in the country.

That warrant relates to a video Barasa helped to produce called Same Love, a remix of the popular song by Macklemore and Ryan Lewis featuring Mary Lambert.

Homosexuality remains illegal in Kenya under the country’s colonial-era penal code which penalises same-sex sexuality with five to 14 years in prison.

Barasa has told LGBT online publication Mambaonline of his 2017 attempt to earn asylum in South Africa after he fled Kenya fearing for his life.

“I was afraid,” Barasa said. “I feared my life. And I decided to leave Kenya because I could no longer provide myself with protection and because threats had become more imminent. I had become a threat to the government and their policies which seeks to penalise LGBTI rights.”

“I left Kenya in August 2017, the week of the general elections. It is during that time when homophobia is so rampant because politicians use homophobia as a way for them to pass a message or to sell their agenda.”

Barasa came out as Gay and HIV positive and national TV in Kenya but was unable to satisfy home affairs officials whom he says, claimed he was not LGBTI. The activist says the decision came as a total shock to him.

“And this is after going through a myriad of challenges just to obtain an interview with the Department of Home Affairs,” he said. “It took me 10 visits to the department to just get an audience and subsequently I had to go over and over again before I could get an interview.”

“[They said] that I’m fraudulently claiming to be an LGBTI person,

“For them to reject my asylum on grounds of fraudulence really hit me so hard that I can’t even comprehend.”

Barasa recounts a harrowing experience of discrimination in a country seen as a beacon for LGBT rights on the African continent.

He added: “We are treated like criminals. They shamelessly admit that they are xenophobic. This is something that I go through all the time from Department of Home Affairs officials. I also face homophobia from other refugees from other countries that are homophobic.

“I was on my way out when one of the officials stopped me and took my [temporary] permit away and refused to give it back and started asking me questions such as, ‘Do you have a partner, is he a man?’ and telling me that there is no way you can get asylum in South Africa on these grounds as a gay man because you cannot prove that you are gay. So I asked him, ‘How do I prove that I am gay?’”

Under the 1998 Refugees Act, South Africa is obliged to provide asylum to any person who has “a well-founded fear of being persecuted by reason of his or her race, tribe, religion, nationality, political opinion or membership of a particular social group.”

MambaOnline have started a petition calling on the SA Government to give George refuge and to treat LGBTI asylum seekers with dignity, respect and humanity, as required by the law and the Constitution. Sign it here.