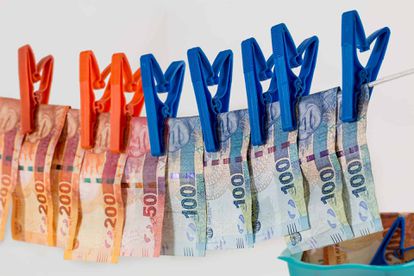 Corruption in the policing sector again tops the number of complaints logged by the public, according to the 2020 edition of Corruption Watch’s Analysis of Corruption Trends (ACT) report released this week.

This is the second consecutive year that police-related corruption has topped the list, with many of these complaints relating to SAPS actions during the early stages of lockdown.

“Reports from the public reveal disturbing allegations of [police] brutality, most evident during the early stages of the COVID-19 lockdown. These reports speak to SAPS’ lack of humanity and consideration for the members of the public whom it serves, and a blatant disregard for law and order on the part of officers and officials.,” Corruption Watch states.

“Perhaps predictably, bribery features in 31% of reports of police corruption, highlighting how police officers solicit bribes from suspects and victims alike, as well as residents.

“During the lockdown period, officers seemed to act with impunity in both their behaviour and extraction of favours, patterns that also featured in the 29% of allegations relating to abuse of power.”

But police corruption is certainly not the only concern voiced by Corruption Watch in its report, which also highlights a positive trend of more members of the public coming forward with complaints of corruption.

The organisation notes that almost 2 000 people took the step of blowing the whistle on corruption during the first half of the year.

Compared to the same period last year this is an increase of over 400 reports received – not surprising, given the exposure of rampant corruption in Covid-19 procurement. This has enraged ordinary people trying to survive the global pandemic, Corruption Watch says.

“The reports that we receive provide a snapshot of the graft that has manifested in every sphere of government, with the complicity of the private sector, and encompassing multiple sectors in our society,” said Corruption Watch’s Melusi Ncala, primary researcher for this report.

“The destruction wrought by corruption is silent but deadly, and it is most often the poorest in society who are brutalised by the actions of these corrupt individuals.”

More than half of reports involved lockdown

Ncala said during the period under review, almost 55% of reports came in after the declaration in mid-March of the national state of disaster.

Of these reports, 13% allege corruption in the South African Police Service (SAPS), while municipal offices, schools, and traffic and licensing centres each account for 5% of the reports, and the health sector comes in at 4%.

Together, these constitute around a third of the overall number of reports received over the period. For the second consecutive year, corruption in the policing sector has topped the list.

In terms of corruption trends, maladministration, specifically the deliberate delaying of or disregard for legal and official government processes, accounts for 19% of all reports.

This is followed by misappropriation of resources at 14% – this includes theft, misuse and abuse of and wasteful spending on state vehicles, equipment, time and funds.

Procurement irregularities, also accounting for 14% of reports, relate to irregular awarding of tenders and flouting of related processes. Bribery and extortion and employment irregularities each make up 13% of the total reports received.

Corruption flourishes in local government structures, according to whistleblowers.

Corruption Watch learned how municipal officials and employees misappropriated resources through embezzlement and mismanagement of funds meant for service delivery or development in communities.

These cases account for 35% of the total, while 19% of cases involved procurement corruption, some involving businesses operating as cartels paying kickbacks to councillors in exchange for tenders.

Exposure of wrongdoing in our school system

The long-running Corruption Watch campaign exposing corruption in schools still has relevance, as reports of graft by administrators and educators continue to come in.

Of the 5% of schools corruption cases, misappropriation of resources accounts for 19%, demonstrating the troubling theft of funds intended for learners, while disregard for procurement processes allows unscrupulous principals, officials, and suppliers to benefit at the extent of the young people in their care.

Theft of food parcels during lockdown

“A particularly disturbing corruption trend at the local level has been the theft of food parcels intended for the large groups of the population which suffered massive food insecurity as a result of the COVID-19 lockdown,” Corruption Watch said.

“This brings to light the greed and the lengths that those in power are prepared to go to, to profit at the expense of the most vulnerable.”

The organisation received 67 reports of corruption relating to the provision of food parcels during lockdown.

In these cases, members of the public were asked to pay or provide favours in exchange for food parcels, while food parcels were distributed according to systems of patronage, and some ward councillors or elected officials allegedly even stole the contents of food parcels.