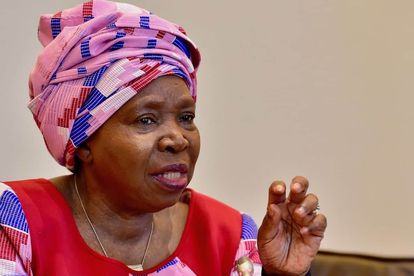 The topic of a nationwide curfew has been lingering on the lips of many in the last few weeks. While politicians, as well as, citizens called for the curfew to be lifted under Level 1 lockdown, it did not happen. The curfew was only eased by a few hours and Mzansi is not satisfied.

Minister of Cooperative Governance and Traditional Affairs (Cogta), during a media briefing, expanded on regulations relating to the Level 1 restrictions on Friday 18 September. There, Dlamini-Zuma provided reasons for the existing curfew.

If you thought Level 1 meant the end of lockdown restrictions, you were wrong. The reality is that the pandemic is still in our midst so as nice as it would be to rid ourselves of rules completely, the government maintains that it simply can’t be done — not now anyway.

During President Cyril Ramaphosa’s address to the nation on Wednesday 16 September, he said restrictions would be eased, including the curfew.

He said the curfew, from Sunday 20 September, would take place between 12:00 (midnight) and 4:00 rather than the original curfew starting at 22:00.

Ramaphosa also said the number of people who can attend social gatherings and religious gatherings has increased under Level 1. The time one can purchase alcohol has been extended. While South Africans could only buy alcohol four days a week from Monday to Thursday, they are now able to purchase liquor from Monday to Friday from 9:00 to 17:00.

Not too long after Ramaphosa’s speech, the Democratic Alliance (DA) released a fiery statement slamming the president and the government for not doing away with the curfew completely. It also asked Dlamini-Zuma to explain the reasons for the continued curfew, as well as, the restrictions on alcohol sales.

“No reasons or explanation was given on why these restrictions are still in place,” DA Shadow Minister of Cooperative Governance and Traditional Affairs Haniff Hoosen.

The DA said it would write to Dlamini-Zuma to seek clarity as to why the restrictions on liquor sales and the curfew are still in place. The party also said she should lay on the table the research and scientific evidence which gave effect to the continued restrictions.

“Government’s unleashing of a ‘one-size-fits-all’ approach, backed by no researched evidence, has cost livelihoods. It has resulted in unintended consequences and has placed millions of jobs and businesses on the line,” said Hoosen.

Many members of the media asked Dlamini-Zuma why alcohol cannot be sold on weekends under Level 1. While providing an answer, she too covered the controversial topic of the curfew.

She essentially said the government has to conduct a gradual reopening rather than a sudden reopening of everything all at once. She said there is also no vaccine to completely eradicate COVID-19, therefore, we must still be cautious.

She said: “They had to be home by 22:00 but now it has increased, they have to be home by midnight so you can see its a gradual opening so that we don’t do it in a bang and find that there are unforeseen problems like we have learnt in the past.”

“We still have 2 000 or more new cases a day and we know that if people have been sitting in a tavern or restaurant, you don’t want people to sit there for hours and hours. People once they start drinking, getting drunk, they forget their mask, they forget social distancing, it becomes chaos,” she added.

Dlamini-Zuma said government does not want that “chaos” to continue right into the morning. We want people to at least have a time frame where they know now they have to leave that venue and go home.