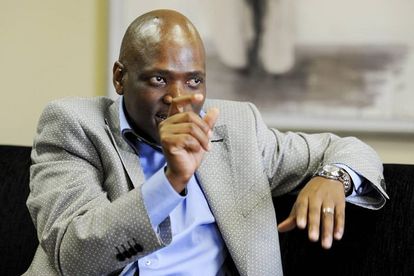 Motsoeneng’s drive to ‘Hlaudirise’ the national broadcaster – which runs predominantly on tax money – continues unabated as the controversial COO moves to broadcast this year’s reed dance live; while at the same slamming real media houses for reporting corruption and not what he calls “good stories to tell.” Interestingly, the ANC’s 2016 election slogan reads: “We have a good story to tell.”

“What we need to do there, because we have buildings there, we need to build studios. So that when production houses comes, and you produce content, you don’t go to Auckland Park, you are able to shoot here in Thohoyandou,” Motsoeneng said on his own SABC news.

Dear Leader Motsoeneng added that all South Africa’s languages will be given equal status by the SABC.

“So within SABC television platforms from 1 July, you will see a different SABC. I have been saying to colleagues that transformation is not negotiable, we just implement”.

“We support the decision by the SABC. We are saying to SABC, we are with you on this one.”

Motsoeneng’s next stop was at the Zulu royal family, where he promised King Goodwill Zwelithini greater coverage of heritage activities by the national broadcaster.

“When I arrived at the SABC, the broadcaster was only showing the Britain’s Queen the whole day. Our king and other kings were not being shown live, but all that will change”.

“I know that there will be a cultural ceremony in September, that event will be shown live.”

Motsoeneng also lambasted the South African media for how it covers local scandals like crime and corruption.