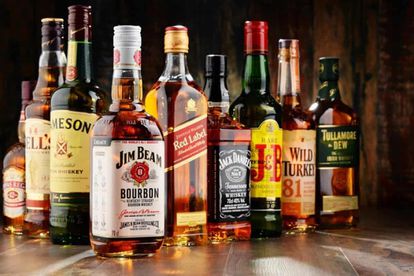 The Lesotho government has confirmed that a number of its diplomats have been expelled from South Africa for failing to comply with the law, specifically the “illicit trade in duty-free alcohol”.

The country’s Ministry of Foreign Affairs and International Relations expressed its disappointment and embarrassment.

In a statement released on Thursday, 10 June, the Ministry of Foreign Affairs and International Relations said that it has learnt with disappointment and embarrassment that several Basotho diplomats serving in the Consulate in Johannesburg have been declared Persona Non Grata (which means an unacceptable or unwelcome person) by the Government of the Republic of South Africa.

The diplomats have been given 72 hours to depart South Africa and relinquish their diplomatic status.

“The South African Government took this action under the terms of the Vienna Convention on Diplomatic Relations of 1961, due to the said diplomats failing to comply with the laws of the Republic of South Africa, specifically the illicit trade in duty-free alcohol.

“The Government of the Kingdom of Lesotho distances itself and condemns the actions of the said diplomats in the strongest terms. Measures are underway to ensure their return within the stipulated 72 hours.”

The Ministry also said that disciplinary action is expected to follow once the officers are in Lesotho.

In January 2020, media reports surfaced that Lesotho diplomats were allegedly reselling alcohol they had bought duty-free in South Africa and Lesotho due to shortages of money.

Lesotho’s Consul General in Johannesburg Majoro Mohapi said he spent Christmas without electricity after City Power cut it off because he owed more than R100,000 and had been reconnected illegally.

Mohapi said he and other colleagues often spent their own money to cover expenses such as petrol and cellphones to do their work – but some had resorted to selling alcohol that they bought duty-free.

“I would say 90% of my staff are doing that and they are making profits out it. To me it’s an illegal business because they are defrauding the South African revenue authority of tax,” he was quoted saying.

Mohapi also added that diplomats are allowed to pass borders without declaring goods and Mohapi said some of them used this privilege to export to bars and restaurants in Lesotho.