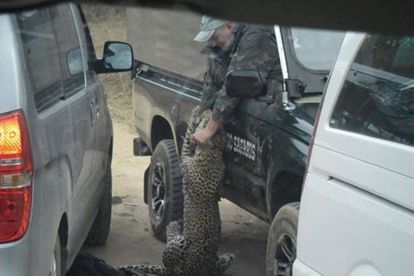 Curtis Plumb, a 38 year-old tour guide was taking out six of his charges just like any oll’ day in the Kruger, watching a leopard from about two metres away in their open top safari jeep; when they noticed the animal disappear in the brush. 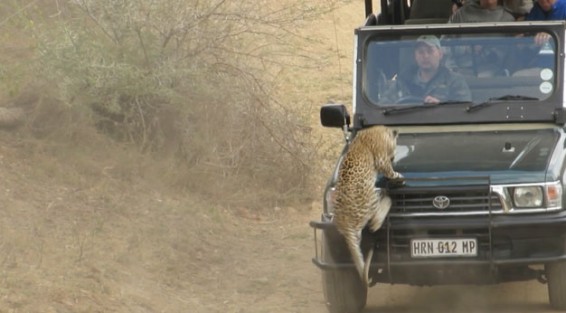 According to News24, William Mabasa from the Park said that the animal had ‘cunningly disappeared’ just before it pounced on Plumb.

“Suddenly the leopard leapt and grabbed his arm, trying to jump into the vehicle. Everybody in the vehicle started hitting the leopard with any object they had with them. The leopard would not let go of the guide’s arm; until a tourist from another vehicle rushed and repeatedly used his vehicle to scare off the animal and that is when it eventually let go,” Mabasa told News24.

Mabasa added that there was no choice other than to put the leopard down as it was badly injured.