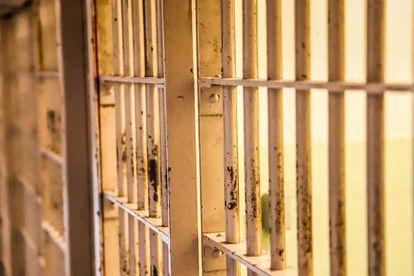 The DCS has launched the first ever Gender Responsive Centre for incarcerated women in South Africa. Image: Adobe Stock

The DCS has launched the first ever Gender Responsive Centre for incarcerated women in South Africa. Image: Adobe Stock

The Department of Correctional Services (DCS) said it was utterly saddened and “broken” by the death of a female official at Leeuwkop Correctional Centre in Bryanston. The body of the 50-year-old official, who gave 23 years of service, was found on Tuesday night 10 August 2021.

While the department is still in the process of establishing facts and circumstances that led to her death, it did disclose certain details as to how she was found.

The 50-year-old official was based at the Medium A: COVID-19 Isolation Site. Her body, according to the department, was discovered on the floor with her jacket covered in blood.

“An investigation has been launched and it will be prioritised to move with speed so as to ascertain the cause of death and bring the perpetrators of this criminal act to book,” he said.

“This is a painfully disturbing incident. Our sincere condolences goes to the family of our departmental official,” said Correctional Services spokesperson Singabakho Nxumalo.

According to Nxumalo, a case has already been opened with the South African Police Service (SAPS).

“DCS is going all out and will ensure that this incident is probed to the fullest. We will not allow incidents that undermine security in our centres to prevail and harsh action must be taken against anyone involved in such,” added Nxumalo.

TWO OFFICIALS ATTACKED AND STABBED IN A SEPARATE INCIDENT

Apart from the death of an official at the Leeuwkop Correctional Centre, the department reported in July that two officials had been attacked and stabbed by remand detainees during unlock.

“The remandees behind this barbaric act have been identified and they will face disciplinary processes and be criminally charged,” said Nxumalo.

“We shall never be apologetic about our resolve to restore order within the means available to us whenever the State is attacked.”

The department said it will unleash necessary force against those who attack its officials.