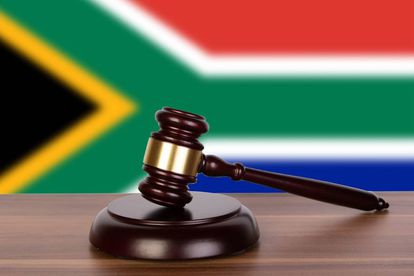 Justice failed to be served recently when six men who were convicted of various charges were set free. Each man was sentenced to an effective 18 years in jail.

Some of the charges the men were facing included three for murder. The convicted men went free because an attorney (who is now an acting magistrate) absconded from her duties as assessor.

The reason Miss S. Solomons left her duties is because she felt the proceedings took too long for her liking. The convicted men walked after the charges against them were overturned by the Supreme Court of Appeal.

The six men had only served a little more than three years of their 18-year sentences. Five justices of the court found Solomons’ refusal to return to the High Court until the end of their case, as the reason for the trial being “deemed irregular in law.”

They noted that Solomons had clearly absconded after being “derelict in her duty as an assessor.” The justices referred their judgment to the Magistrate’s Commission and Legal Practice Council to investigate whether she was fit to serve as an officer of the court.

Solomons’ said she failed to be present for the remainder of the murder trial because she thought the case would take a few weeks. The case, however, ended up taking months.

Assessor claimed she was losing money by being at the trial

The assessor complained about losing money as a practicing attorney while having to sit on the bench. Another factor for her sudden leave was that she was offered a position as an acting magistrate.

The accused were tried in the Western Cape High Court and Solomons was one of two assessors who assisted the judge on the bench. As the trial was in its seventh month, and after 22 witnesses were called, Solomons suddenly didn’t show up.

A sick note saying she was booked off for three days due to anxiety was given to the judge. The trial was postponed for a few days to accommodate the assessor but she never came back.

She was eventually discovered at the Upington Magistrate’s court where she was now acting as a magistrate. Upon the judge’s demand for an explanation, Solomons wrote a letter explaining how the trial was taking too long and losing her money.

She also explained that she had accepted an acting magistrate post. Solomons claimed that she had stressed and panicked with having to take care of her family financially and chose not to return.

The assessor also argued that she had another colleague on the bench but apologized for her behaviour. In her absence, the judge decided to go ahead with the trial.

He “reasoned the interest of justice would not be served with her continued presence against her will.”

Convicts use lawyer’s absence as a reason to appeal

However, her departure led the six convicts to turn to the Supreme Court noting her absconding as a denial for them to have a fair trial. They also said her departure left them without the “right to have their evidence heard by every member of the court.”

Justice Halima Salduiker wrote the appeal judgment, noting “the importance of assessors in law and the role they played in criminal trials.” According to IOL:

“The law also prescribed that an accused is at all stages of the trial to be tried by the court as constituted when the trial commenced, subject to the exceptions of severe illness and death.”

Salduiker stated: “Any deviation can only have but one result: that the proceedings are quashed.”