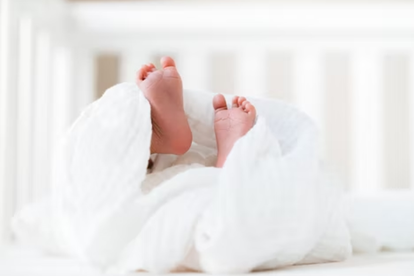 A mother has been arrested after the body of a six-day-old baby was found in a dustbin on Clove street in Laudium, Pretoria.

The body was found on Wednesday morning.

Laudium Disaster Management were reportedly called to the scene at 9:30am after a resident alerted them.

They found the body lying in the dustbin, wrapped inside a bag.

According to Laudium Today, paramedics had attempted to revive the baby, unfortunately nothing could be done and the baby was declared dead.

The mother of the baby who also resides nearby was taken in for questioning by Laudium Police.

ANOTHER NEWBORN DISCOVERED BY A PEDESTRIAN

Earlier in July, a pedestrian discovered a newborn baby girl who was also wrapped in a plastic bag and dumped in Nzelele Ha Rabali in Limpopo. Fortunately the baby was still alive when she was found, she was rushed to hospital by emergency services who later named her Good things.

The Department of Social Development spokesperson Joshua Chigome, said it was a crime for parents, legal guardians or caregivers to desert a child for no reason.

“While this is a growing problem, few know that it is a crime for a parent, legal guardian or caregiver to desert a child for no reason without any contact for three months. Of course, the law is supposed to protect the rights of children, and there are legal consequences for anyone who is found guilty of abandoning a child,” he said.

In a separate incident, another newborn baby girl survived after she was dumped in a public toilet in Mqanduli, Eastern Cape also in July. Police were reportedly called to the scene by community membersafter they heard the baby crying inside the toilet.

ALSO READ: Newborn baby girl SURVIVES after she was DUMPED in public toilet