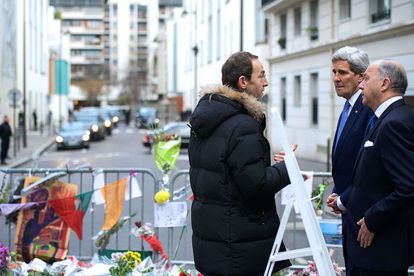 France may be set to endure yet more terror incidents in the wake of the attack on two people by a knife-wielding man in Paris yesterday.

The attack took place near the site of the former Charlie Hebdo magazine offices where 12 people died in 2015 at the hands of two Islamic militants.

The trial of several people said to have assisted the 2015 attackers is currently underway and many believe this may be heightening tensions that could lead to further terror-related incidents in Paris or elsewhere in France.

Already France’s Interior Minister, Gérald Darmanin, has asked police to explain why the current terror threat to the neighbourhood in the 11th arrondissement, where the magazine offices were previously located, seems to have been underestimated.

The same area was also the scene of a concert hall terror attack in late 2015 that killed 130 people.

On Thursday, a French-based terrorism expert, Jean-Charles Brisard of the Centre for the Analysis of Terrorism, warned that there was renewed hostility in Islamic circles and heightened threats.

According to the New York Times, Al Qaeda has recently issued new threats against Charlie Hebdo, which moved after the 2015 attack to highly secure offices elsewhere. The threats followed the newspaper’s decision to reprint satirical cartoons of the Prophet Muhammad at the opening of the trial.

Earlier in the week, Marika Bret, the publication’s head of human resources, told the weekly news magazine Le Point how she had been forced to leave her home 12 days ago after her security detail received specific threats against her. She has been under police protection since the 2015 attacks.

Luc Hermann, a journalist and filmmaker who works where yesterday’s attack took place, also told a local TV channel, BFM TV, that there had been no security in the area since the trial began.

Yesterday’s attack injured a man and a woman, neither critically, who were standing outside a building taking a smoke break.

A lone assailant, later said to be an 18-year Pakistani, ran up to them and attacked them with a knife. He then fled but was arrested not far from where the incident occurred.

Later in the day, five other people were taken into custody by French police, but no further details have been given. Local media have speculated that they may merely be acquaintances of the attacker who have been taken in for routine questioning.

Meanwhile, the news website France 24 reports that life is now returning to normal in the area of yesterday’s attack, with some locals saying they will not live in dread.

“I saw everything. I saw people running and shouting, and heard the sirens, and saw the emergency teams arrive,” one unnamed woman told the website. “But you can’t give into fear.”

Alexandre Hard, who works at a beauty salon a street away from where the attack took place, said: “We’re unfortunately used to this kind of violence. This is the world we live in now.”