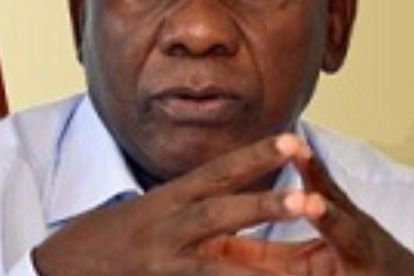 LATEST: Ramaphosa is not resigning based on a flawed report Image: The Presidency

LATEST: Ramaphosa is not resigning based on a flawed report Image: The Presidency

The Presidency confirmed on Saturday afternoon that President Cyril Ramaphosa is NOT resigning based on ‘a clearly flawed report’. He intends to challenge the findings of Section 89 Independent Panel.

HERE IS THE LATEST: RAMAPHOSA HAS DECIDED TO TAKE THE REPORT ON REVIEW

“It is in the long-term interest and sustainability of our constitutional democracy, well beyond the Ramaphosa Presidency, that such a clearly flawed report is challenged, especially when it’s being used as a point of reference to remove a sitting Head of State.”

THE CLEARLY FLAWED REPORT WILL BE CHALLENGED

Ramaphosa’s allies in the cabinet tried to convince him that the Section 89 panel report was flimsy and could be fought politically on Friday.

This comes after Ramaphosa was ready to resign from office on Thursday after the Section 89 panel found Ramaphosa may have contravened the Constitution and anti-corruption laws with his dealings at Phala Phala.

The country’s former spy boss, Arthur Fraser, opened a criminal case against the President for the burglary of millions of rands that happened at Ramaphosa’s Phala Phala game farm in early 2020.

Fraser alleged that thieves stole millions of rands in US dollars from Ramaphosa’s Phala Phala game farm in 2020.

He furthermore said Ramaphosa failed to report the matter to the relevant authorities but instead called on the police members close to him to investigate the matter secretly.

In Ramaphosa’s affidavit to the independent panel, he said $580 000 found its way to the game farm through a sale of buffaloes to a Sudanese businessman Mustafa Hazim.

The President said his farm and lodge manager, a Mr. Ndlovu, first stored the money in a safe in the Bayeto Centre Office.

However, he later moved the cash from the Bayeto Centre because he “was concerned that several staff members had access to the safe.”

Ramaphosa said Ndlovu thought the safest place to store the money was in the President’s private residence on the farm.

“He stored the money below cushions of a sofa in a spare bedroom that is hardly ever used, inside my private residence, because he thought it was the safest place, as he believed nobody would break into the president’s house.”

ALSO READ: What will happen if President Cyril Ramaphosa resigns?

IF THE REPORT IS PASSED, HE WILL FACE AN IMPEACHMENT INQUIRY

The Ngcobo report confirmed the suspicions and found Ramaphosa had to answer the case for possible impeachment.

The National Assembly will consider the report on 6 December. If it is passed, the President will face an impeachment inquiry.