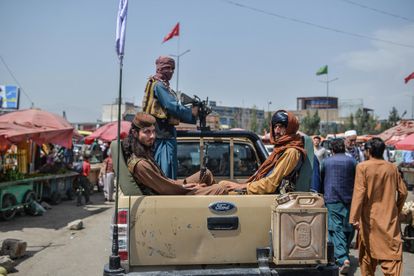 It’s been 48 hours since the Taliban successfully stormed Kabul, the capital of Afghanistan, to assume control of the country – just weeks after Western armies began to withdraw their troops from the region. However, despite widespread fears about the tyranny of the new leaders, Jamiatul Ulama has a rather distinct take on these events.

South Africa’s Council of Muslim Theologians has actually moved to PRAISE the Taliban, regardless of their infamous reputation. A statement issued by the Islamic authority highlighted the ‘peaceful entry’ that insurgent fighters made into government buildings over the weekend, declaring the transition of power a ‘momentous occasion’.

Despite 20 years of war and occupation from US, UK, and European soldiers, Afghanistan was ill-equipped to fight back against a resurgence of the Taliban. City by city, district by district, regional authorities came under the control of the rebels, who were able to oust government ministers and local politicians with consummate ease.

The nature of the defeat has left US President Joe Biden with egg on his face, but the Democratic leader has stood by his decision to withdraw troops from Afghanistan, asking ‘how many more Americans must die in this war’.

Jamiatul Ulama, however, sees the Taliban’s victory as a positive for Afghanistan. But there are now concerns for the well-being of female citizens, journalists, and former government workers who could all be persecuted under the group’s notorious hardline policies. The situation in Kabul, and the rest of the country, remains volatile.

“Contrary to alarmist narratives of impending mayhem, the Taliban peacefully entered Kabul, where they have extended a gesture of goodwill towards those who opposed them with a declaration of amnesty. This is a momentous occasion in the history of Afghanistan and it highlights the character of its fiercely independent people.”

“The Taliban have shown not only resilience and tenacity on the battlefield but also a willingness to politically and constructively work with various Afghani society formations as well as regional powers. the Taliban’s ascendancy to power has been attained by the Permission of Allah. May peace, safety and security prevail throughout Afghanistan.”