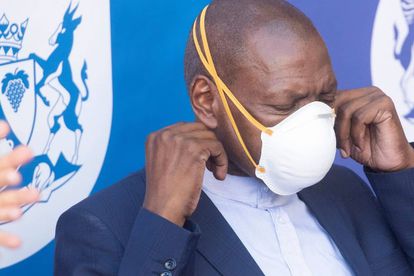 Health Minister Zweli Mkhize, on Wednesday 22 April, announced that the confirmed COVID-19 cases in South Africa have risen to 3 635.

Mkhize also announced a new death toll of 65 — an increase of seven.

“Today we regrettably report seven more COVID-19 related deaths. Five of them occurred in the Western Cape and two in KwaZulu-Natal. This increases the total to 65. We express our condolences to the affected families and appreciate the health workers who treated these patients.”

A total of 133 774 tests have been conducted thus far, of which 6 868 were done in the last 24 hours. The number of recoveries was not disclosed.

Latest COVID-19 cases by province as of Wednesday 22 April

The following confirmed COVID-19 cases have been detected in each province as of Wednesday:

President Cyril Ramaphosa, on Tuesday 21 April, announced that an economic stimulus package of R500 billion — 10% of the GDP — would be set aside to save the South African economy during the COVID-19 pandemic.

Ramaphosa said it would be directly channelled into healthcare, vital municipal services and social relief. He also said South Africa’s economic response should be equal to the impact of the pandemic.

The three phases of approach have been listed as the following:

Following weeks of deliberation on the best economic strategy, Cabinet considered various proposals and finalised the social relief and economic support package that stands at the centre of the second phase of our economic response.

“This involves, firstly, an extraordinary health budget to respond to coronavirus. Secondly, the relief of hunger and social distress. Thirdly, support for companies and workers. Fourthly, the phased re-opening of the economy,” said Ramaphosa.