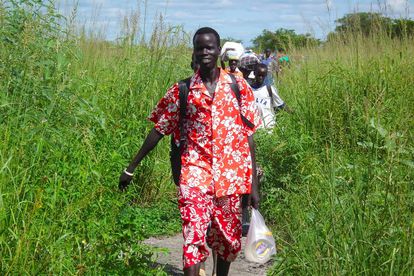 The Western Cape High Court has given a crucial lifeline to refugee families from across Africa who have sought asylum in South Africa for many years.

As reported by EWN, on Wednesday, 19 June, the court ruled in favour of the University of Cape Town’s Refugee Rights Unit, allowing refugee families access to documentation that would, essentially, allow them to register themselves collectively under a process known as family joining.

What is family joining?

This is a set of standard operating procedures that the Department of Home Affairs will have to adapt to, in processing asylum-seeking refugees.

Foreign nationals who seek status in South Africa will have to either apply for asylum through the family joining process, as a dependent– a claim to be part of a family with granted status — or at their own accord.

The court, in detailing the standard operating procedures, revealed that it is the prerogative of Home Affairs to ensure that the correct documents are submitted.

Foreign nationals seeking asylum will have to either present a birth or marriage certificate to prove their biological relation to the primary applicant.

If need be, the department will have the right to perform DNA tests to ascertain the relations between the applicants. This is a measure put in place to ensure that the process is not hampered by fraudulent activity.

The UCT Refugee Rights Unit’s Popo Mfubu described this landmark ruling as a historic moment for refugees and their families.

“Many of these spouses and many of these children who are dependents of the refugees were in limbo; they couldn’t access any socio-economic rights because they were undocumented. This allows for them to be given a temporary permit while their applications are being finalised,” Mfubu noted in reaction to the ruling.