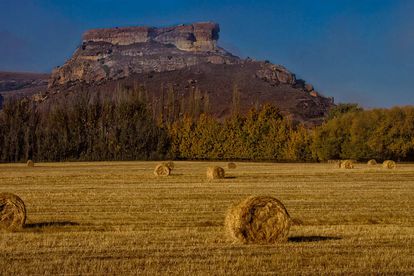 The Land Expropriation Bill was adopted after it received a majority vote in the National Assembly late on Wednesday, 28 September. Opposition parties, including the DA, EFF, IFP and more objected to the move.

The National Assembly said the purpose of the Land Expropriation Bill was to repeal the existing apartheid-era Expropriation Act of 1975, which was not in line with the Constitution.

“It further seeks to provide for certain instances where expropriation with nil compensation may be appropriate in the public interest,” read a statement.

In December 2021, the government moved to amend Section 25 of the Constitution to allow for land expropriation without compensation. However, the bill failed to secure a two-thirds majority and it was put off the table.

As previously reported, the ANC and Al-Jamah voted in favour of the Bill and the EFF, IFP, FF PLUS, ACDP, GOOD, NFP and COPE voted against it.

Wednesday’s Bill was passed through a simple majority vote in the National Assembly. “It is our contention that this [is] a brazen attempt by the governing party to amend the Constitution through the back door using ordinary legislation,” said DA MP, Samantha Graham Mare.

Public Works Minister Patricia De Lille said the Land Expropriation Bill makes explicit what is implicit in the Constitution and stressed that expropriation is one of many land acquisition methods, the Bill also does not prescribe that nil compensation will be paid in all cases.

The Minister said compensation for land would be determined by an agreement between the state and owners. If an agreement could not be reached the matter would be decided in court.

ANC MP Faiez Jacobs was in a buoyant mood after the motion passed and said the Bill would allow the State to “take back land from those who have previously benefitted.”

“It’s a big victory for land justice in our country. We can now return the land to our people,” he said.

“This bill brings certainty to South Africans and investors because it clearly outlines how expropriation can be done and on what basis. So, it is extremely dangerous to suggest that government will arbitrarily take people’s property, such as their homes,” said De Lille, according to News24.

De Lille furthered that it is wrong to fearmonger and distort the facts around the land debate. She said, in many cases, those who object to the Bill “are people who have never been subjected to laws that have stripped people of their property, their dignity and their rights to own property.”

The EFF is not a fan of the ANC’s approach to land expropriation. The party feels that the Bill is too limited and will not contribute to land ownership reform in South Africa.

“Do natives want land that is not used for productive purposes? Do they want state-owned land? Why is the ANC playing with people’s emotions?

“We reject this bill and call on our supporters to see the ANC for what it is, a staunch defender of white landowners,” said EFF MP, Mathapelo Siwisa, according to Daily Maverick.

The Land Expropriation Bill will be sent to the National Council of Provinces for concurrence.