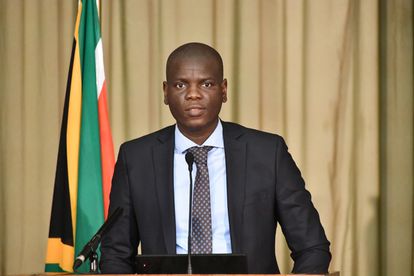 Justice Minister Ronald Lamola says social ills need to be tackled in communities, in order for femicide and gender-based violence to be adequately addressed.

Lamola made the remarks at the Gender-based violence imbizo in Indwe in the Eastern Cape on Friday, 2 September 2022. Indwe has reportedly seen a rise in domestic violence cases, particularly against women, SABC News reports.

Ronald Lamola has called on communities to work hand in hand with law enforcement agencies to effectively deal with gender-based violence and femicide.

“In a majority of the cases, some of them [perpetrators] have already been sentenced to prison. This does show that we need a lot of awareness in the community to deal with it [gender-based violence] in order to uproot the scourge at a societal level,” Lamola said.

“The first quarter of 2022/2023 financial year shows decreases in total sexual offences such as rape, sexual assault, attempted sexual offences and contact sexual offences. It is on this that score the SAPS will continue to prioritize gender-based violence-related crimes,” Cele said.

Between April and June this year, 286 rapists were convicted through investigative work done by the SAPS. Out of the 286 rape convictions, 46 of the rapists were sentenced to life behind bars.

“While the majority of rapes do take place behind closed doors and are hard to police, we are confident that it is through the FCS detective work that is preventing more rapes, hence the decrease in rape cases during the reporting period.”