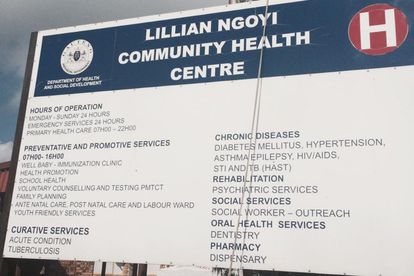 The Democratic Alliance (DA) blames a doctor’s recent attack by a patient on poor security at the Lillian Ngoyi Clinic in Soweto.

Not only did they raise the security problems at the clinic but also concerns about services being limited due to the generator not working during power cuts.

POOR SECURITY AT THE CLINIC BLAMED FOR DOCTOR’S ATTACK

DA Gauteng Shadow MEC for Health, Jack Bloom said the doctor was attacked on Thursday and sustained injuries to her hand.

Due to the clinic’s security contract expiring earlier this year, the clinic has since been operating on a skeleton security staff.

“Last week’s incident, in which the doctor suffered injuries to her hand, follows other security problems at the clinic,”

Moreover, he raised concerns over services at the clinic being limited for the past three weeks because of the security and power issues.

The x-ray department and the pharmacy have had to close for extended periods because the generator has run out of diesel, Bloom explained.

Adding that, certain specialised tests also cannot be performed with unreliable power and generators not working.

“Staff have raised issues repeatedly with management but there has been no improvement in this dire situation. They live in fear and patients get poor treatment,”

Meanwhile, Gauteng health department spokesperson, Kwara Kekana confirmed the attack on the doctor by a patient.

According to Kekana, a male patient arrived at the clinic for medical attention but was not wearing a mask.

“The doctor requested the patient to sit down and wear a mask so that vital signs can be taken.

“A few minutes later, the patient approached the doctor aggressively demanding to be seen immediately,”

It is then that the patient manhandled the doctor. As a result of that, the doctor sustained injuries to the hand.

Kekana has also confirmed that the clinic currently has limited security coverage inside.

In addition, she said the department of health is in the process to appoint a new private security company for optimal coverage of the clinic.

Due to issues known to Scheme Private Security company, they have withdrawn their services from the clinic since Saturday, 30th April 2022.

Kekana said currently, the security officers that are appointed by the Gauteng Department of Health are providing security services in the clinic.

She however did not provide more information regarding the generators at the clinic not being functional during power cuts. And, the issue with other services not being rendered at the clinic.