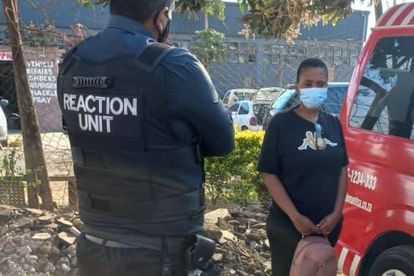 A woman from KwaZulu-Natal believes that two men used black magic to rob her of her possessions in Verulam on Thursday, 8 July. She told a private security company, Reaction Unit South Africa (RUSA) that she accepted a lift from two kind strangers but when she exited the vehicle, she realised that her cellphone and cash was missing.

RUSA said the victim flagged down one of its security members at Wick Street in the Verulam central business district at approximately 13:40 on Thursday and asked for help after she discovered that her Hisense cellphone and R1600 in cash was missing from her handbag.

She told the RUSA member that she was walking along Todd Street after withdrawing the child support grant for her three children when an unknown vehicle stopped next to her and two male occupants started a conversation with her. She told the men she was heading to the CBD and they offered her a lift, which she accepted.

“The 31-year-old female got into the back of the car. While the vehicle was proceeding towards her destination the passenger jumped into the back seat next to her,” said RUSA in a Facebook post.

“He had a general conversation with her in isiZulu until they stopped on Wick Street where she alighted from the vehicle.”

When the woman entered a nearby salon she discovered that her cash, cellphone and SASSA card were not in her handbag.

RUSA said the woman is adamant the men in the vehicle used black magic to hypnotise her and steal her valuables because she has no recollection of them taking her bag from her.

When the woman called her cellphone number it was apparently answered by a man with an unfamiliar accent. “He claimed that the number belonged to him and ended the call. The number thereafter went to voicemail,” said RUSA.

The woman, who resides in Osindisweni, could not provide a vehicle description or license plate number, according to the security company.