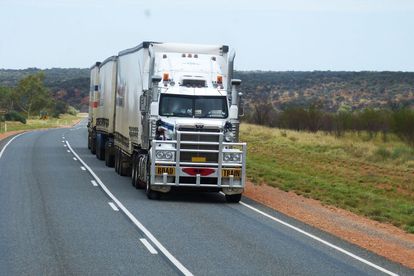 A learner died on the spot after he was hit a by a truck in the Free State. Image: Stock Image / Pixabay

A learner died on the spot after he was hit a by a truck in the Free State. Image: Stock Image / Pixabay

The KwaZulu-Natal (KZN) Department of Transport has begun conducting check-ups on the conduct of truck drivers.

The truck drivers who will go through the check-ups are those who use some of the busy routes in the province. The Department said the decision was made to ease the pressure on the roads.

A report by the Road Traffic Management Corporation cited the behaviour of the 28-year-old truck driver as the cause of the accident. KZN is known for having thousands of trucks that use its roads.

The large vehicles are used to transport goods from the Durban and Richards Bay harbours to neighbouring countries and other provinces, reports EWN.

Dashcam and other footage have shown the reckless manner in which some truck drivers operate their vehicles. Kwanele Ncalane from the Department stated that they will be enforcing the law without fear or favour.

“We will be making sure that in October and beyond, we will be enforcing the law without fear or favour and we want to make sure that truck owners take responsibility for all the havoc that is being caused on the road,” said Ncalane.

Earlier this week, it was reported that Sibusiso Siyaya, the 28-year-old truck driver responsible for the accident that claimed the lives of 20 people in Pongola has abandoned his bail.

Siyaya made his second appearance at the Pongola Magistrate’s Court on Monday, 26 September 2022 for a formal bail application. National Prosecuting Authority (NPA) KwaZulu-Natal spokesperson Natasha Ramkisson said the matter was set down for a bail application, however in court today, Siyaya abandoned his application for bail.

As previously reported, the mass funeral of the learners who died in the crash on 16 September 2022 was held on Saturday, 24 September at the Waterbus Sports Ground in Pongola. Read the full story here.