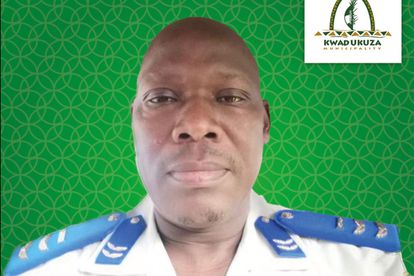 KwaDukuza Municipality has announced the traffic passing of a KZN traffic officer who was knocked down by a vehicle on Tuesday, 6 December.

WHO WAS THE KILLED KZN TRAFFIC OFFICER AT THE ROADBLOCK

The Municipality released a statement to confirm the passing of Assistant Superintendent Colin Sibusiso Zulu.

It is with great sadness that the KwaDukuza Municipality informs its residents and staff of the passing of Assistant Superintendent: Colin Sibusiso Poh Zulu.

“Asst. Supt. Zulu, passed away on 06 December 2022, after sustaining fatal injuries from being hit by a bakkie which collided with an oncoming car between KwaDukuza CBD and Darnall.”

Asst. Supt. Zulu and his team had embarked to execute a roadblock operation to inspect the validity of vehicle licence discs and driver’s licenses at this site which became an accident site within minutes of the team’s arrival.

Asst. Supt. Zulu, has been a valued member of the KwaDukuza team since 01 September 1994 (when joined the then Borough of Dolphin Coast) and was a true embodiment of a determined worker given his track record within the organisation, having risen from Protection Officer in the Traffic Department in 1994 to Protection Officer Grade III in 1996 and Assistant Superintendent: Traffic in 2011.

The Municipal Council wishes the Zulu family its sincerest condolences and desires his surviving children peace, comfort and courage during this time of sorrow.

Asst. Supt. Zulu will be missed dearly by the KwaDukuza Municipality family.

In other news, Western Cape SAPS management, family, colleagues and friends paid tribute to the late Constable Ashwin Pedro at a memorial service held at the Grassy Park Civic Centre.
Lt Gen Thembisile Patekile and the MEC for Community Safety and Police Oversight joined the family of the fallen Cst Ashwin Perdo and members of Grassy Park SAPS at a wreath-laying ceremony in honour of the late member who was shot and killed.
The member will be laid to rest on Saturday, 10 December 2022.