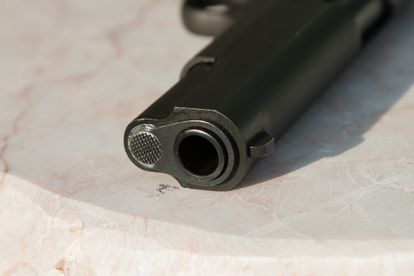 The South African Police Service (SAPS) says a 46-year-old traffic cop in KwaZulu-Natal (KZN) was arrested for allegedly lying about losing his firearm. The man had apparently claimed he was attacked by three men who made off with the weapon, when he had in fact lost it.

He now faces perjury and defeating the ends of justice charges.

“On Friday 10 June 2022, Mariannhill police arrested a 46-year-old man for perjury and defeating the ends of justice following a false case that he reported on 8 June 2022 at the Mariannhill police station. The suspect allegedly reported that he was returning from work when he was approached by three unknown men outside his house in Savanah Park. He was held up by the suspects who demanded his service pistol with 15 rounds of ammunition,” said SAPS KZN spokesperson Constable Thenjiswa Ngcobo.

KZN TRAFFIC OFFICER DUE IN COURT ON PERJURY

Further explaing what led to the traffic officer’s arrest, SAPS in KZN says when the alleged theft of the firearm was investigated, there were some holes in his story. When he was called in for more questioning in relation to the matter, it was when authorities he may have lied about what happened to the weapon.

“The docket was allocated to an investigating officer who investigated the matter further. During the investigation it was established that there were contradictions in the man’s statement. The complainant was re-interviewed and it was discovered that he had reported a false case. He was informed that making a false statement is a criminal offence. It was established by the investigating officer that he had lost his firearm and did not report the matter to his employer”

The man was arrested and detained at the Marianhill police station and is set to appear before the Pinetown Magistrate’s Court on Monday, 13 June 2022.