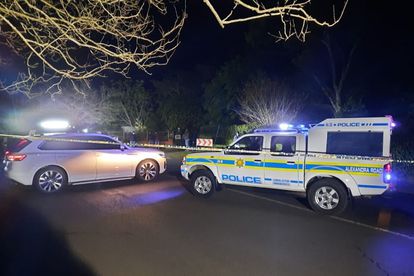 Police In KwaZulu-Natal (KZN) engaged in a bloody shootout on Tuesday afternoon, with seven people left dead as bullets flew from a home in Scottsville where a group of “notorious gangsters” were hiding out.

One of the men killed on Tuesday has confirmed to have been among the 45 escaped prisoners who were set free in April under dramatic circumstances, when a group of armed men forced a vehicle transporting them to court off the road.

South African Police Service (SAPS) spokesperson Colonel Thembeka Mbele told The South African on Tuesday evening that police responded to information at around 14:30 and proceeded to the house, having been searching for a group of men that Mbele said have been “terrorising the community in the Pietermaritzburg area”.

“Information led them to a house in Scottsville where the suspects had been hiding for over a month. When the police members entered the house they were met with gunshots. There was an exchange of fire in which seven people were killed, of which two were females,” she said.

No officers were injured in the shootout.

Around 15 escaped prisoners remain at large

On 26 April, a total of 45 awaiting-trial prisoners who were being transported from prison to the Pietermaritzburg Magistrates Court escaped custody when the five armed gunmen forced the prisoner transport vehicle off the road. They then pointed firearms at the police officers while one of the men use a bolt cutter to cut the locks on the back of the vehicle.

The men on the run are charged with serious crimes including murder, rape and robbery. Mbele confirmed that one of these men was among the dead on Tuesday afternoon.

“It can be confirmed that one person was among those that escaped from the truck which was transporting the prisoners to court. The other four are subject to investigation. The two females it is not known whether they may have been friends of the deceased,” she said.

She said that six firearms were recovered, and police are still actively investigating the scene.