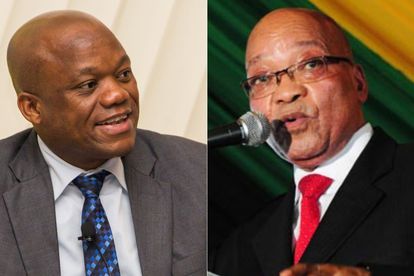 Sihle Zikalala has denied claims that he was not in support of former president Jacob Zuma. Photo: South African Tourism and GCIS / Flickr

Sihle Zikalala has denied claims that he was not in support of former president Jacob Zuma. Photo: South African Tourism and GCIS / Flickr

Reports have revealed that Zikalala’s loss at the African National Congress’ (ANC) recent conference has been linked to his assumed lack of support for Msholozi when he faced jail time.

Zuma’s arrest resulted in 2021 resulted in mass riots and violence in KZN. Speaking at a media briefing on Friday, 5 August, Zikalala reiterated that he has always been in support of the former president.

“I wish to make it clear that I have supported President Zuma from 14 June 2005 until today.

“I supported him as a leader and someone who sacrificed his life for South Africa to be liberated. My support has never been personal but always organisational. At no point have I ever tried to get position through being associated with him. Equally I have never badmouthed others because they did not support him,”

The outgoing premier also refuted claims that he had aligned himself with President Cyril Ramaphosa.

“It is the tradition of the ANC that dictate that members must always accept and work with the elected leadership whether they have supported the elections of that leadership or not. The ANC’s principles of organisation democracy and discipline further underline that leaders must lead all members with the same and equal treatment,” Zikalala said.

ECR News reports that the ruling party will be interviewing Finance MEC in KZN Nomusa Dube-Ncube as well as ANC MPLs Mbali Fraser and Amanda Bani for the position of the premier on Saturday, 6 August.

Previously, it was reported that KwaZulu-Natal’s (KZN) Premier Sihle Zikalala has resigned from his post, just hours after it was learnt from TimesLive that he had requested to be “released” from his position.

The search is now on for Zikalala’s replacement as the ANC in KZN has put forward the names of Finance MEC Nomusa Dube-Ncube and ANC MPLs Amanda Bani and Mbali Frazer. Zikalala’s move to resign follows his defeat at the ANC KZN’s elective conference just recently.

Zikalala, who was looking to retain his position as ANC KZN Chairperson, lost to Siboniso Duma 665 votes against 930. Duma is aligned to the so-called “Taliban” faction of the party, which made a clean sweep of the top five positions. The faction is opposed to current party president Cyril Ramaphosa and sympathetic to ex-president Jacob Zuma and his allies. Read the full story here.