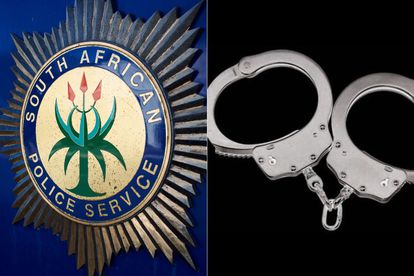 SAPS have launched a manhunt to find the suspect – Photo: Del-Uks and Yrna17 / Flickr

SAPS have launched a manhunt to find the suspect – Photo: Del-Uks and Yrna17 / Flickr

Bongeka Somani has been arrested in connection with the murder of her sister, an off-duty police officer.

Sgt Nokuthula Somani was shot multiple times in her home

Sgt Nokuthula Somani, 55, was stationed at the Umzimkhulu police station. It is alleged that she was sitting in her lounge at her home in Umzimkhulu when two suspects entered the premises and shot her multiple times.

KwaZulu-Natal (KZN) Hawks spokesperson Captain Simphiwe Mhlongo said the suspects fled on foot and the police officer died at the scene. A case of murder was then reported at the Ibisi police station and the case docket was then allocated to the Hawks for further investigation.

Somani’s sister, 42-year-old Bongeka, is in police custody. Mhlongo revealed that she was arrested on Wednesday, 13 July, and appeared in court on Friday, 15 July. Siyabulela Mbhele, an accomplice, was also remanded in custody, reports TimesLIVE.

“She (Somani’s sister) was arrested by Hawks members from Port Shepstone serious organised crime investigation on Wednesday. She appeared in the Umzimkhulu magistrate’s court on Friday and was remanded in custody. Siyabulela Mbhele was also remanded in custody and will reappear in the same court together with his alleged accomplice on July 22 for a bail application,”

In similar news, it was previously reported that a police officer accused of murdering his girlfriend is expected to make an appearance at the Rabasotho Magistrate’s Court in Tembisa on Monday, 11 July 2022, where he will apply for bail.

In February, Lebogang Monene, a nurse at Tembisa Hospital, was gunned down allegedly by her police officer boyfriend at the parking lot of the health institution. The man turned the gun on himself but survived. The story sent shockwaves across the country and prompted calls for the Department of Health to take stronger measures to protect staff at health facilities.

The Democratic Nursing Organisation of South Africa (DENOSA) has called on the justice system to send a strong message to all potential killers and refuse Lebogang Monene’s killer bail. The union has further called on all the nurses who will be off-duty and members of society to attend the court case to show solidarity with Monene. Read the full story here.