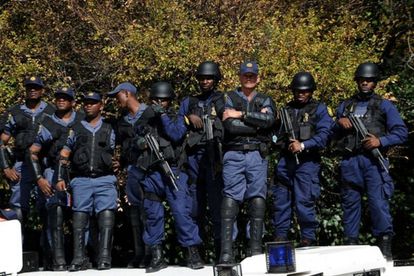 Three hostages give SAPS inside information

The three hostages told the South African Police Services (SAPS) that four suspects were inside the supermarket. IPSS Medical Rescue spokesperson Dylan Meyrick stated that the suspects accosted the manager, staff and security of the Boxer Cash and Carry store.

“Suspects accosted the manager, staff and security this morning. They were taken inside when security called for backup. The premises are surrounded with at least three to eight suspects in the premises,” Meyrick said.

The SAPS task force, hostage negotiator and K9 unit arrived at the hostage scene on Monday morning. This was after a number of suspects reportedly attempted to rob the store, reports IOL.

Meyrick shared that there had been no contact with the staff that were being held hostage. The suspects were also not contacted as authorities awaited a hostage negotiator. He shared that security officers called for backup earlier.

Somali shopkeeper says Durban cops ‘STOLE R37 000’ from his till

In more news making headlines, a Somali shopkeeper based in Durban has accused two police officers of orchestrating a shakedown within his store, claiming that the pair had cleaned him out for all the money stashed behind the counter.

CCTV footage from inside the store shows two men dressed in SAPS uniforms, requesting entry to the kiosk behind the counter. Reluctantly, the shopkeeper allows the cops to come and take a look.

The enforcement officials then make their way through a hatch, exiting the front of the store. However, it soon becomes apparent that this is no law-keeping assignment. The alleged SAPS representatives can be seen rifling through the man’s belongings after they discover wads of cash kept in a basket. Read the full story here.