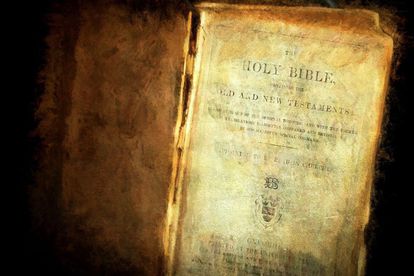 A 13-year-old girl was allegedly beaten to death by church members under the guise of an exorcism. Photo: Stock Image / Pixabay

A 13-year-old girl was allegedly beaten to death by church members under the guise of an exorcism. Photo: Stock Image / Pixabay

Provincial Social Development MEC in KZN Nonhlanhla Khoza shared the horrific details of the death of a 13-year-old girl. The teenager, from KwaNzimakwe, was beaten to death. It has been alleged that church members were trying to ‘rid her of demons’.

Khoza is expected to visit the family of the girl on Monday, 6 June. Her office explained that five children were held hostage for four days and were allegedly beaten by a local pastor with the reasoning being an ‘exorcism’.

“Five children were held hostage from the 25th until May 29th 2022 and allegedly beaten up by a local pastor, saying to exorcise them of demons.”

A 13-year-old girl died due to the brutal assault. The four other children were freed.

Khoza’s office said that it was alleged that those involved in the beatings and torturing of the children tried to hide the death of the 13-year-old. It was alleged that elders from the church tampered with the crime scene by moving the other children before releasing them.

“It is alleged that church elders tampered with the crime scene, including moving the surviving children to other rooms and they were eventually released to their respective parents,”

The other four children are in a place of safety

On 2 June, social workers were informed about the incident. This was after the social workers paid a visit to Bheki High School for a programme around child protection awareness. This is the school the assault survivors attended.

Khoza’s office said the children who survived the incident have been kept at a place of safety under the care of social workers, reports TimesLIVE.

In other news making headlines, it was reported that a school lunch break turned into a crime scene after learners of M.C. Weiler in Alexander made a gruesome discovery of what looked like a human body underneath a mobile classroom on the school premises.

The discovery was made on Thursday 2 June 2022. The Gauteng Department of Education confirmed the findings on Friday. Spokesperson Steve Mabona said the learners reportedly identified their gruesome discovery as a human skeleton and immediately informed their educators.

Subsequently, the school’s management contacted the police. The children were released from the school at 13:00 to allow police officials to conduct necessary investigations. Mabona added that police officials inspected the scene and the learner’s discovery was confirmed to be a human skeleton. Read the full story here.