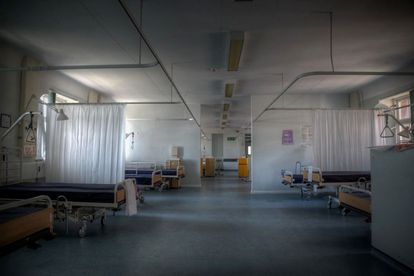 Theatre operations have been suspended a the Prince Mshiyeni hospital due to the lack of water. Photo: Matthew Hampshire / Flickr

Theatre operations have been suspended a the Prince Mshiyeni hospital due to the lack of water. Photo: Matthew Hampshire / Flickr

The Prince Mshiyeni hospital in Umlazi, Durban, has postponed theatre operations. The postponement comes after days of the healthcare facility being without clean running water.

Water infrastructure at the hospital was reportedly damaged during the floods that hit KwaZulu-Natal, claiming over 440 lives and leaving thousands down and out. On Tuesday, 19 April, Department of Health officials visited KZN.

It was discovered that over 84 health facilities have been impacted by the floods with rebuilding being estimated at around R185 million. Minister of Health Joe Phaahla said that water in hospital storage tanks at Prince Mshiyeni has run out.

Healthcare staff are unable to use machines and clean or sterilise equipment. Phaahla shared that the water shortage at the facility is a major concern due to the amount of patients seen daily

“The main supply from the municipality to the hospital’s emergency water reservoir has dried up. That’s a huge concern because it’s a busy hospital that attends to almost 2,000 patients a day,”

Mobile units will be deployed to communities

Provincial Health MEC Nomaugu Simelane-Zulu said that while patient files had not been destroyed, staff were not coping with finding files. This was attributed to the volume of people seeking assistance at the hospital.

Simelane-Zulu said that mobile units will be used for the time being. She shared that these units will be taken to areas and centres where communities are based. Doctors will also be added to the teams.

“We’ve now decided to take all our mobile units to all areas and centres where our communities live. We will be adding doctors to the mobile teams so if there are people who need the urgent attention of a medical doctor, they can get it,” said Simelane-Zulu.

The Department of Health in KwaZulu-Natal says it will cost as much as R185 million to rebuild and repair clinics and hospitals that have been damaged by last week’s floods.

Heavy rainfall has left behind a trail of destruction, prompting the government to declare a state of disaster in KZN. More than 4 000 homes and other infrastructure have been damaged or washed away.  Several health facilities in the province are not operating fully after they were flooded last week. Read the full story here.